Ontario’s pension fund for government workers is seeking out more deals in infrastructure and real estate as it prepares for a protracted period of high inflation.

“We do believe inflation will be elevated for the next 10 years compared to the last 10 years,” Rossitsa Stoyanova, chief investment officer of Investment Management Corp. of Ontario, said Monday in an interview.

Price pressures will probably take a couple of years to ease before settling above 2 per cent for several more years, Stoyanova said. Investments in property, inflation-linked bonds and infrastructure -- including power utilities -- are all part of a long-term strategy to protect the $79 billion (US$62 billion) fund from diminished purchasing power, she said.

Imco said Monday it earned a 9.6 per cent return in 2021, beating its benchmark of 8.5 per cent. A small loss in bonds was more than offset by double-digit gains in equities and real estate. 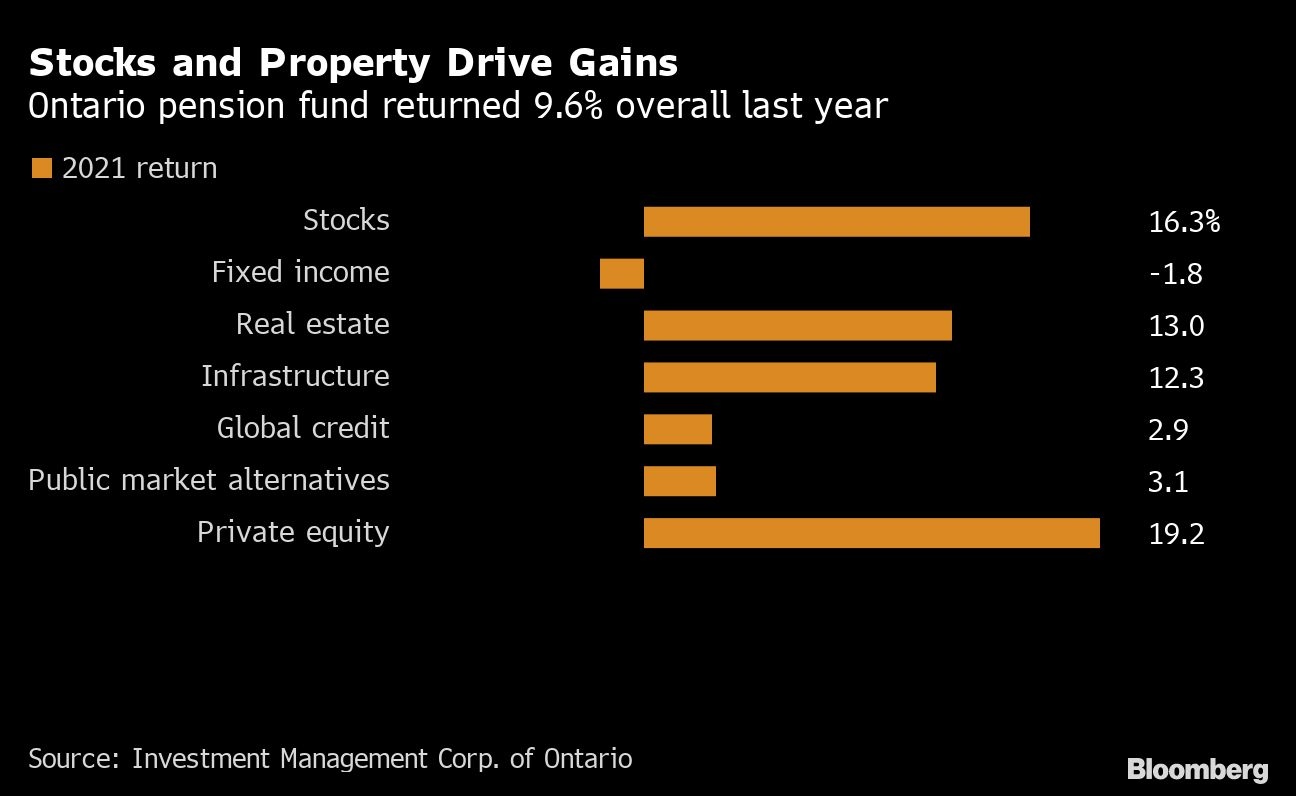 It was an active year for Imco on several fronts. The fund hired Stoyanova from Canada Pension Plan Investment Board to run its investment team and struck new deals to invest with KKR & Co., Brookfield Asset Management Inc. and Tishman Speyer, among other firms.

Among the deals: Imco became a major investor alongside Tishman in a new US$1 billion research campus at Harvard University, part of a longer-term plan to shift its real estate portfolio away from Canadian retail and office space and toward apartments, industrial and medical-use properties.

Imco is also an initial investor in Brookfield’s Global Transition Fund, which aims to provide capital to industrial companies and utilities to help them decarbonize.

Imco wants to form partnerships with leading investors in every asset class and shift more of its portfolio to private assets over time, Chief Executive Officer Bert Clark said. Public equities were about 34 per cent of the fund at the end of last year; bonds were about 22 per cent.

“It’s still really a project in the making. The things we’re doing take time,” he said.

Imco was formed in 2016 to consolidate the management of several public funds in Ontario, including pension plans that cover many provincial government employees and judges. It also handles funds for the Workplace Safety and Insurance Board, an insurance program for work-related injuries or illness in Canada’s most populous province.