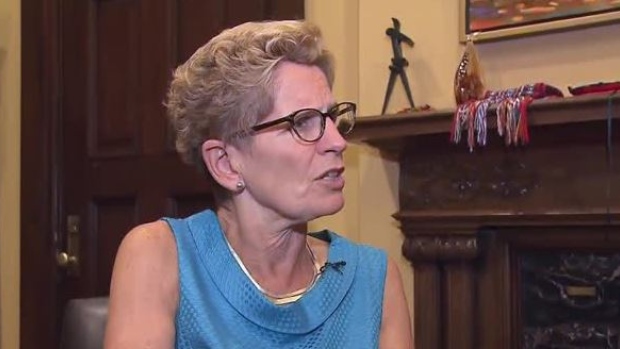 Ontario Premier Kathleen Wynne says she is keeping a close eye on how British Columbia is aiming to cool its hot housing market, but remains unconvinced that a tax on foreign buyers is the right move for her province.

“We haven’t been advised by people in the province – either in the real estate sector or other sectors – that there is exactly the same issue [in Ontario]… and that the remedies would be exactly the same here,” Wynne told BNN in an interview on Wednesday.

Earlier this week, CIBC Deputy Chief Economist Benjamin Tal issued a report predicting Ontario would have no choice but to implement a surcharge on foreign investment in the real estate sector. And a recent report from Sotheby’s International Realty warned there are “hints of newly redirected interest from international investors” in Toronto as a result of the B.C. tax.

Wynne expects the provinces will address housing at the next premiers’ meeting.

“There is a national discussion here made obvious by the fact that what happens in one province may have a significant impact in another,” she said.