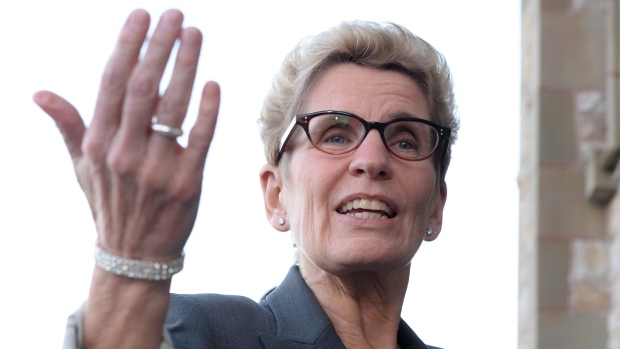 Ontario and Quebec signed an agreement with the Mexican government Wednesday to jointly develop climate policy with the aim of allowing companies in those provinces to purchase Mexican greenhouse gas-reduction credits to satisfy provincially regulated emission caps.

With Ontario Premier Kathleen Wynne looking on, Environment Minister Glenn Murray, his Quebec counterpart David Heurtel, and Mexico’s Environment Secretary Rafael Pacchiano-Alaman signed the memorandum in Guadalajara during the annual Climate Summit of the Americas, a meeting of provincial, state and local government officials aiming to co-operate on climate policy. They were joined at the summit by Mr. Pacciano-Alaman.

The agreement commits the partners to work together on developing carbon markets, share best practices and “jointly promote the expansion of carbon market instruments” in North America. California has a similar agreement with Mexico and is a partner with Ontario and Quebec in the Western Climate Initiative, which establishes a joint market for buying and selling carbon credits.

“Mexico, Ontario and Quebec are driving real progress on reducing harmful greenhouse gas emissions,” Ms. Wynne said in a statement. “This milestone declaration will boost co-operation between our three regions and drive the reduction of carbon emissions across North America.”

Mexico is undergoing dramatic liberalization of its energy markets, has aggressive emission-reduction targets and has launched pilot programs for carbon trading. It is eager to link carbon markets with partners in North America in order to attract capital to its economy.

Ontario’s Liberal government recently passed legislation for a cap-and-trade program, which sets a limit to greenhouse gas (GHG) emissions from fossil-fuel users and requires distribution companies to either meet individual caps or purchase credits, either within the province or from Quebec or California.

While Alberta and British Columbia are imposing carbon taxes, the Ontario and Quebec governments argue that an international trading mechanism is the best way to meet climate targets while keeping compliance costs as low as possible. However, critics question that flow of investment dollars out of the province. Alberta allows companies to purchase emissions credits to meet regulated limits, but only from sellers within the province.

The provinces’ agreement with Mexico comes as the federal Liberal government is pursuing a national climate strategy that would – among other things – set a minimum price for carbon emissions. Ontario and Quebec worry the federal approach won’t mesh well with their cap-and-trade programs.