Ontario-based hair salon and tattoo shop owners are feeling left behind in the economic reopening amid ongoing uncertainty on the timeline for personal service businesses to reopen their doors.

“I had hope before, when the provincial government was talking about plans to reopen once a good amount of the population was vaccinated, but now after [Ontario Premier Doug] Ford’s announcement, I’m losing hope that we might be pushed back later to around November,” Allison Ruzicka, founder of Headbangers Hair Salon, said in a phone interview.

“I’m feeling really stressed and frustrated, I just want my shop to reopen. We’re ready to work and we’re vaccinated. If the service industry is opening up then why not us?”

The province-wide stay-at-home order officially expired on Wednesday but most of the COVID-19 health measures remain in place.

Personal care services, such as salons and tattoo parlours, will be permitted to open their doors in Step 2 of the province’s reopening plan, under capacity restrictions where face-covering rules can be observed at all times.

The provincial framework dictates Ontario can enter Step 2 once 70 per cent of adults have received their first dose, and 20 per cent are fully vaccinated, along with meeting other key health indicators including lower case counts, hospitalizations and deaths. The province will enter Step 2 in July, at the earliest.

In a press conference, Ontario Premier Doug Ford said he’s consulting with health officials to figure out when restaurant patios and non-essential retailers can reopen, but he did not provide any update for personal service businesses.

"We're doing as well as a province can do," Ford stated."As things are going, we may be able to enter Step 1 safely earlier than June 14. I know it's very important for people in Ontario to get to step one to get, to step two as soon as it's safe to do so."

According to a report by the Canadian Federation of Independent Business (CFIB), hair salons in Toronto have been closed for a total of 283 days as of June 1, 2021.

While indoor dining has been shuttered for more days during that span, personal care services don’t have the same options restaurants do, with many businesses in the food industry still allowed to run delivery and pick-up options. 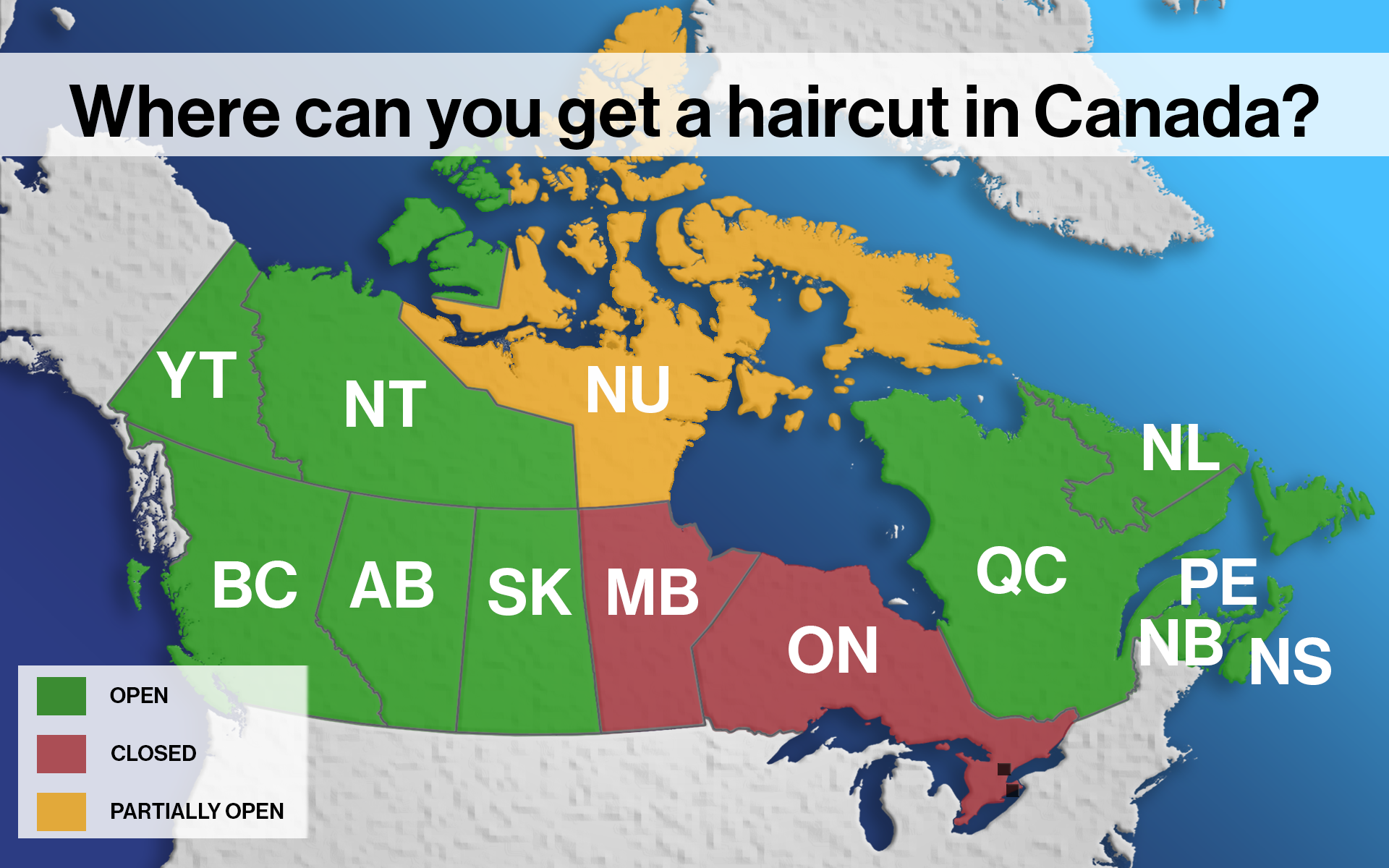 Dan Kelly, President and CEO of the CFIB, said a significant number of members shut down during the pandemic, the majority of them located in Ontario.

“Thousands and thousands of business owners every single week are making the decision to permanently close their doors,” Kelly said in a television interview. “We at CFIB have already seen 15,000 businesses within our membership disappear since the start of the pandemic, most of those in Ontario.”

The ongoing closures are prompting many Ontario businesses to call for additional targeted support in order to ensure that they make it through to the other side of the pandemic.

“Recovery is in sight for the province, with daily case counts dropping and over half of adult Ontarians having received their first shot. We need to ensure our small businesses are supported to make it through to the other side of the crisis,” Rocco Rossi, president and CEO of the Ontario Chamber of Commerce said in a statement.

“We call on the Province to do everything it can to support affected businesses, including addressing the shortcomings of the Small Business Support Grant and opening up applications for a third round.”

However, some small business owners say they’re optimistic they will be greeted with strong demand from customers once they’re able to reopen.

Kate Doucette, owner of an all-women tattoo shop in Toronto, says she will have to consider hiring new artists to help with the surge of submission requests she has received while the shop has been closed.

“I have emails coming in every day, there’s a big backlog so we’re very fortunate to have that,” the founder of Toronto Tattoohaus said in a television interview. “Once we get the green light there will be no trouble, people are really itching to get a tattoo…I think if anything I’m going to have to consider hiring another girl just to help with the influx of business and the backlog of new submission requests.”