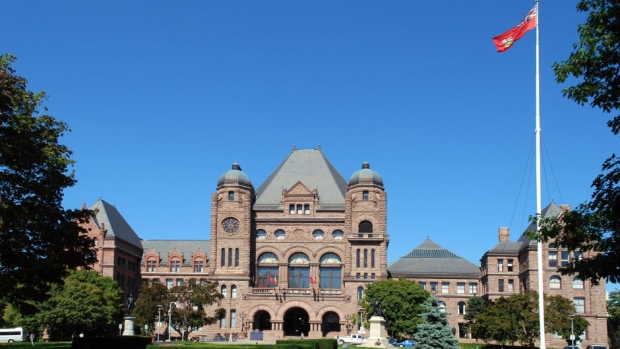 Peter Weltman issued a report on Ontario's credit rating on Tuesday that says the province still has a strong investment-grade score among all four of the international agencies that keep tabs on it.

All four agencies rate Ontario in the middle of the pack among Canadian jurisdictions, but Weltman says all affirm the province has a strong credit rating.

Weltman says he anticipates a flurry of financial announcements from Premier Doug Ford's Progressive Conservative government in the coming months, some of which could impact how rating agencies view Ontario's credit.

Two agencies, Moody's and Fitch, revised their rating outlook for Ontario's debt from stable to negative earlier this year, though the scores themselves did not change.

The spring election campaign that helped bring the Tories to power was filled with dire references to the state of Ontario's finances, debt loads and deficit levels.

Government actions to address those matters may have an impact on credit ratings down the road, Weltman said, adding that the issue was not currently seen as a pressing concern among rating agencies.

"I think it's important that when people are trying to assess the fiscal situation in the province, they understand that credit ratings are a component of that whole assessment," Weltman said. "They do provide a certain level of assurance to those who are looking to invest in the province."