New Gold Inc. surged after forming an unusual partnership with Ontario Teachers’ Pension Plan that gives the miner US$300 million in exchange for selling a portion of the free cash flow from its flagship operation.

But in the agreement announced Tuesday with the Canadian pension fund, New Gold will sell a 46 per cent free cash flow interest from its New Afton mine over four years. After the term ends, Teachers’ has the option to convert it into a 46 per cent joint venture interest in the British Columbia mine, while New gold retains an “overriding” right to buy back the stake under certain conditions.

Investors showed their approval by pushing shares of the Vancouver-based miner up as much as 16 per cent in Toronto, the most since July, on a morning when gold was down. Before Tuesday, New Gold gained 2.6 per cent in the past 12 months, underperforming both bullion futures and its peers.

The deal is positive because it allows New Gold to help reduce its debt, while it makes the company a potential takeover target, according to Canaccord Genuity Capital Markets analyst Dalton Baretto.

“This transaction makes New Gold a more attractive takeover target to deep-pocketed, mid-cap gold producers who are looking to acquire production in safe jurisdictions,” Baretto said. However, the deal, with high costs to New Gold, has lowered the company’s net asset value, he added.

Rising gold prices have given miners of the precious metal a steady lift in the past year as investors flock to safe-haven assets amid turbulent global macroeconomic environment such as the coronavirus outbreak. However, New Gold has struggled to benefit from this surge amid missteps at its Rainy River mine in Ontario.

The New Afton deal may allow the gold miner to regain its footing, said Laurentian Bank Securities analyst Ryan Hanley, who upgraded the stock to a buy rating last week. “While we note the cost of funds may seem a bit high, the increase in financial flexibility and the potential impact of being able to use the funds to offset additional debt is a benefit,” he said in a note. 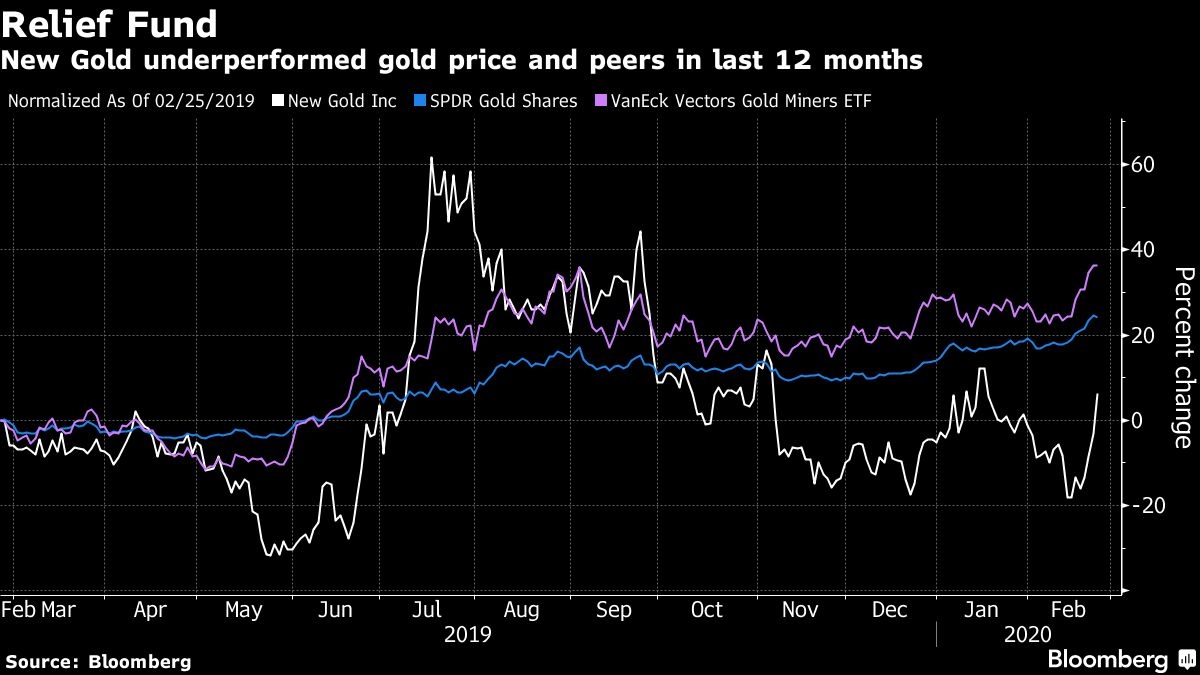 For its part, Ontario Teachers’ move appears to be part of a larger strategy to diversify its portfolio. Lower-for-longer interest rates have pushed pension funds to cast their nets far and wide in search for returns amid a slew of geopolitical risks and trade tensions. Investors looking to diversify are seeking shelter in low-volatility assets that tend to be illiquid.

The fund is diversifying so it doesn’t “regret being overexposed to one asset class in particular,” Ziad Hindo, the chief investment officer of the $201.4-billion fund, said in August.