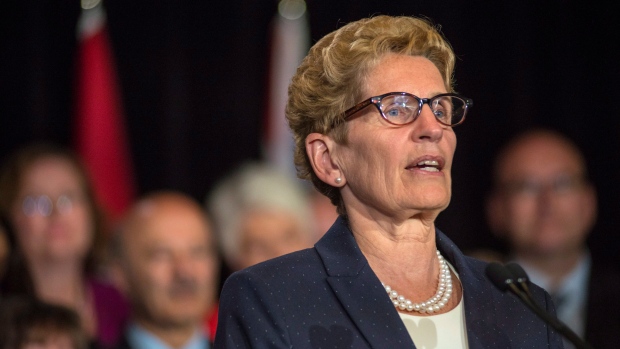 Ontario Premier Kathleen Wynne said on Monday that the province will not follow British Columbia’s move to introduce a tax on foreign homebuyers.

“We’re not going to go down the road that British Columbia has gone down,” Wynne said at a press conference.

Wynne added Ontario will present some housing proposals in the “not too distant future,” but said they will primarily aim to help first-time buyers afford homes.

According to the Real Estate Board of Greater Vancouver, home sales in the city dropped nearly 33 per cent in September, compared to the same period last year.

B.C.’s new tax has driven speculation that foreign investors may now be looking to buy properties in Toronto instead, where homes sales in the Greater Toronto Area jumped 21.5 per cent in September, according to Toronto Real Estate Board data released earlier this month.

Wynne also said Ontario is exploring its options, and monitoring how the federal government’s new housing rules – which include stricter mortgage stress tests and closing a tax loophole on capital gains taxes for non-residents – will impact the housing market.