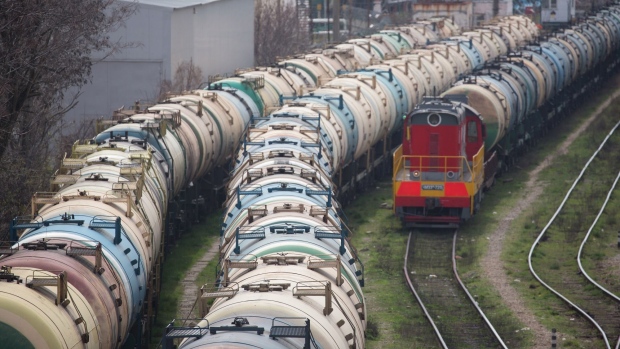 (Bloomberg) -- OPEC and its allies agreed to proceed with their next scheduled oil-production hike, while signaling they could revisit the decision at any moment when the risk to demand from the omicron variant of Covid-19 becomes clearer.

The group agreed on Thursday to add 400,000 barrels a day of crude to global markets in January, delegates said. However, it also left the door open to adjusting this plan at short notice if the market changes, they said, asking not to be named because the information was private.

“The meeting shall remain in session pending further developments of the pandemic and continue to monitor the market closely and make immediate adjustments if required,” according to the draft OPEC+ communique.

With crude already in a bear market due in large part to the emergence of the new coronavirus strain, traders had been widely expecting the Organization of Petroleum Exporting Countries and its allies to defer the supply hike. Yet such a move would have carried some political risk.

Despite the recent sell-off, Saudi Arabia faces pressure from the U.S. and other key consumers to ensure supplies remain plentiful enough to stave off an inflationary price spike. Ignoring such considerations could strain the kingdom’s already-fraught relations with Washington.

Prior to Thursday’s meeting, ministers made clear that they were concerned about the impact of omicron on oil demand, but were struggling to figure out exactly how serious the new strain would become.

“The sudden appearance of a new and potentially more dangerous variant comes on top of new lockdowns,” Angolan Minister of Mineral Resources and Petroleum Diamantino Azevedo said at the opening session of the meeting on Wednesday. “In these uncertain times it is imperative” that OPEC+ “remain prudent in our approach, and prepare to be proactive as market conditions warrant.”

(Updates with quote from draft communique in third paragraph.)