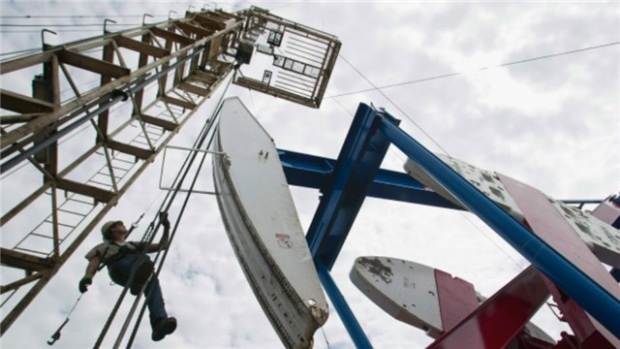 Canada’s energy industry can expect no quick salvation after OPEC agreed to cut production, as questions turned to the cartel’s ability to hammer out details at their next meeting in November.

Oil prices jumped nearly 6 per cent Wednesday after members of the Organization of Petroleum Exporting Countries struck a tentative pact to curb soaring output, limiting production to the range of 32.5 to 33 million barrels per day. That would imply a reduction of 200,000 to 700,000 barrels per day from current levels.

However, analysts said the thorniest details are unsettled. They include which countries would be responsible for the biggest reductions, when an agreement would take effect, and how compliance would be verified.

For Canadian oil producers, that spells little immediate relief from oil prices that remain at or below the break-even threshold for even the most efficient oil sands projects.

“In the here and now, nothing’s changed for the outlook for prices,” said Martin King, analyst at FirstEnergy Capital Corp. in Calgary.

“It’s going to be wait and see. Those who have cut costs and are able to deal with the prices as they see them right now going forward will continue to do what they’re doing. But those that need higher prices may still have to sit and wait.”

Some of the initial market euphoria over the output pact - OPEC’s first since 2008 - appeared to wear thin on Thursday.

Canadian oil and gas shares rose for a second day. The S&P/TSX capped energy index was up nearly 2 per cent on Thursday morning after surging 4.5 per cent in the previous session in response to the sharp oil-price gain.

Barclays PLC analysts said OPEC was merely kicking the can down the road with a face-saving measure aimed at putting a floor on prices. Top producer Saudi Arabia’s output was already forecast to drop following peak power generation needs, while other members were beginning seasonal maintenance, they said.

“Essentially, this agreement is, in our view, no more than yet another last-ditch effort to kick the can further down the road and preclude market participants from positioning short during the coming shoulder season,” they said.

“This action will help OPEC keep those shorts on the sidelines until November, when winter-related demand will return and the prospect of market balancing is in further focus.”

Several analysts have also pointed to concerns over weak global demand and the potential for U.S. shale production to ramp up with higher prices to offset any gains.

“Those who think that this is a return to the old OPEC should take more seriously the new circumstances of a world with shale and of lower demand growth,” he said in a research note. 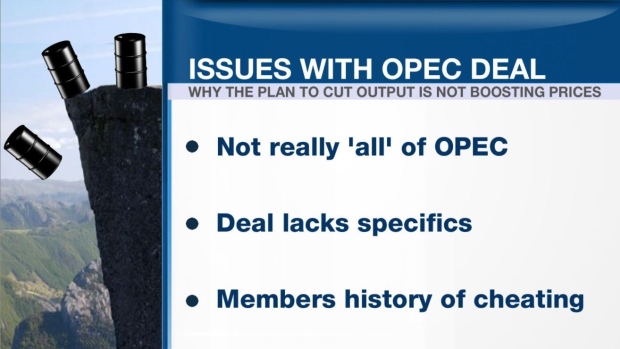