OPEC+ allies were locked in a tense diplomatic standoff on Friday amid a dispute that threatens to send oil prices sharply higher.

A day after the alliance was forced to delay its key policy meeting, positions remained entrenched, with the United Arab Emirates still blocking a deal to increase supply, a delegate said. Failure to agree on raising output would squeeze an already tight market, risking a further inflationary price spike.

Most members of an OPEC+ advisory panel backed a proposal to add 400,000 barrels a day from August to December -- and extend the broader supply deal later into next year -- as OPEC+’s full ministerial meeting finally got under way, though the UAE remained staunchly opposed, according to delegates.

“If OPEC+ fails to reach a compromise, the automatic fallback will be to roll over current quotas into August and beyond,” said Matthew Holland, a geopolitical analyst at consultant Energy Aspects Ltd. “That would lead to sharply higher prices, something most OPEC+ members want to avoid.” 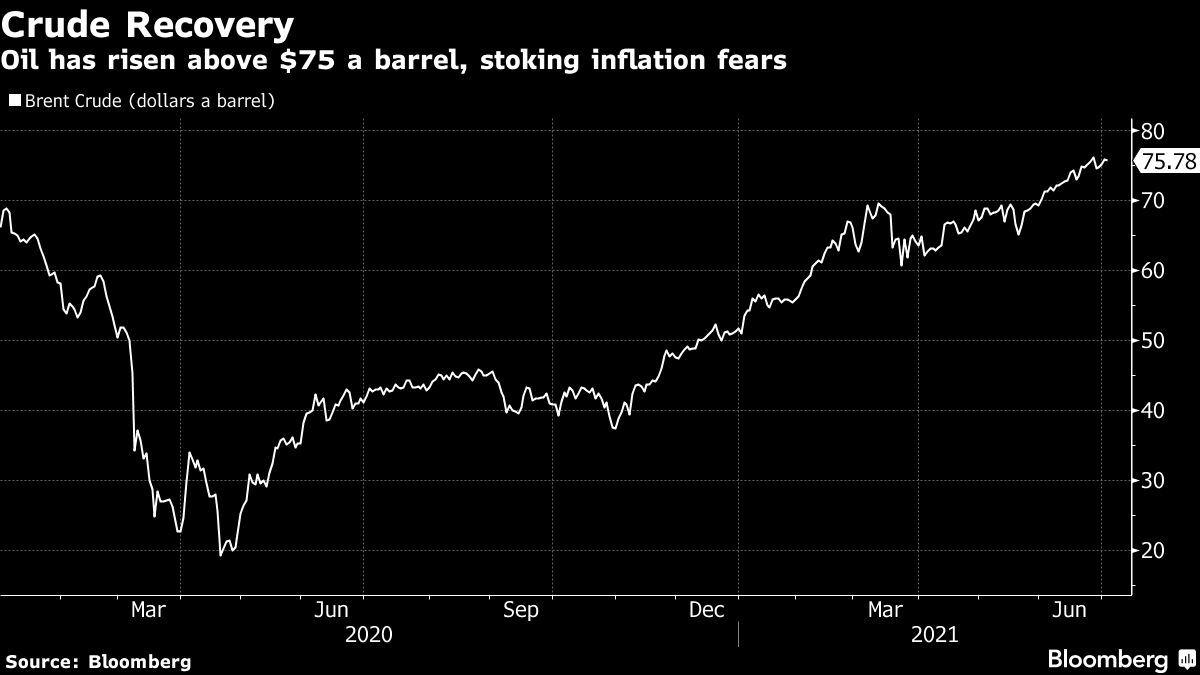 The disagreement centers on how the group measures its production cuts, with the UAE demanding a higher baseline for its own curbs, according to delegates. The country is ready to accept no change in output for August if an agreement can’t be reached, one delegate said.

It’s not the first time the group has faced such crises over policy, and more often than not it has been able to fudge a diplomatic solution.

But a resolution this time may not be easy, because giving the UAE what it wants -- essentially a much higher production limit -- could upend the entire OPEC+ deal that’s buttressed oil prices since the start of the COVID-19 pandemic.

“Any request to adjust the production quota would be like opening Pandora’s box,” said Giovanni Staunovo, a commodity analyst at UBS Group AG. That could allow an output increase of about 700,000 barrels a day for the UAE alone, and “other OPEC+ states might also request an adjustment.”

Most countries also backed extending the current OPEC+ deal -- which is due to expire next April -- to the end of 2022, according to a delegate. The UAE continued to reject that proposal, as did Mexico, delegates said.

The standoff leaves the market unsure whether it will be grappling with a huge supply deficit in the second half of the year, with crude this week rising above US$75 a barrel in New York for the first time since 2018. It also tarnishes the cartel’s carefully reconstructed reputation, raising the specter of another destructive internal dispute -- the Saudi-Russia price war that helped to crash the oil market last year.

The UAE’s ambitions have upset negotiations before. Late last year, Abu Dhabi even floated the idea of leaving the cartel as it pressed to raise production. An OPEC meeting was postponed then too amid fraught negotiations, though a deal was ultimately struck.

The problem is a consequence of the UAE’s heavy investment in new additional capacity. The country’s cuts are measured from a starting point in 2018, setting its maximum capacity at about 3.2 million barrels a day. Expansion projects have since raised that number and the country wants its baseline reset to about 3.8 million barrels a day so it can use its new fields, delegates said.

The UAE argues that the change is necessary because, under the current terms of the OPEC+ deal, it is making proportionally deeper cuts than other members. The proposal on Thursday to delay the expiry of the output curbs from April to December 2022 exacerbated the issue.

“Clearly, the UAE is playing hardball and has signaled previously its frustration with production levels,” said Neil Quilliam, associate fellow in the Middle East and North Africa program at the Chatham House think tank. “It is unlikely that the UAE is willing to derail negotiations this time around, though its appetite for doing so is growing, and future rounds are likely to be spikier.”

For the UAE, the baseline is a very significant issue and it will reject the OPEC+ deal until there’s a change, a delegate said after Thursday’s meeting was adjourned. The Saudis are equally insistent that the extension of the agreement until December 2022 is vital for market stability next year.

Failure to bridge the gap would leave the existing OPEC+ deal in place, keeping as much as 5.8 million barrels a day off the market until April 2022.

Oil has risen around 50 per cent this year, with the recovery in demand from the pandemic outpacing the revival of OPEC+ supplies after last year’s deep cuts. Crude’s surge, combined with a rally in other commodities, has central banks fretting about inflation again. Brent rose slightly on Friday.

OPEC+ is already in the process of reviving crude supplies halted last year in the initial stages of the pandemic. The 23-nation coalition decided to add about 2 million barrels a day to the market from May to July. But there was a growing clamor for the group to keep going.

The cartel’s own data show that once-bloated oil inventories are back down to average levels as a strong revival in fuel consumption continues. Demand in the second half will be 5 million barrels a day higher than in the first six months of the year, OPEC Secretary-General Mohammad Barkindo said on Tuesday.

“You still need around 2 million barrels a day at least for the second half of the year to just keep the market in a reasonable sense of supply and demand balance,” Neil Beveridge, a senior analyst at Bernstein Research, said on Bloomberg TV.