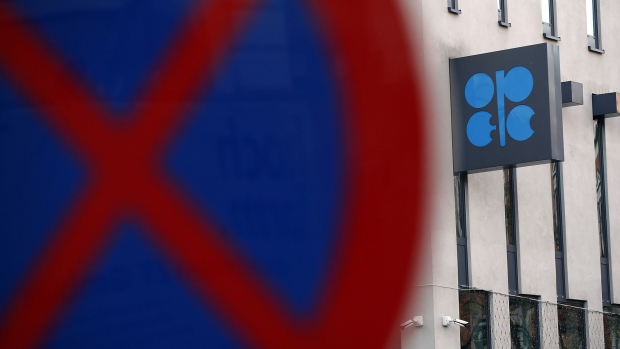 An OPEC sign hangs outside the OPEC Secretariat ahead of the the 177th Organization Of Petroleum Exporting Countries (OPEC) meeting in Vienna, Austria, on Wednesday, Dec. 4, 2019. , Bloomberg News

OPEC+ is seeking extra production cuts from members that haven’t missed their targets again in June, potentially tempering the impact of the supply resumption planned by the wider coalition next month.

A technical committee that met online on Tuesday outlined plans for countries including Iraq, Nigeria and Kazakhstan to make an additional 842,000 barrels a day of compensatory cuts in August and September, according to delegates.

The proposal will be discussed on Wednesday by a ministerial monitoring committee led by Saudi Arabia and Russia, the delegates said, asking not to be named because the information isn’t public. They’re expected to announce the group’s overall curbs of 9.6 million barrels a day — about 10 per cent of global supplies — will be relaxed in August as global fuel demand recovers. 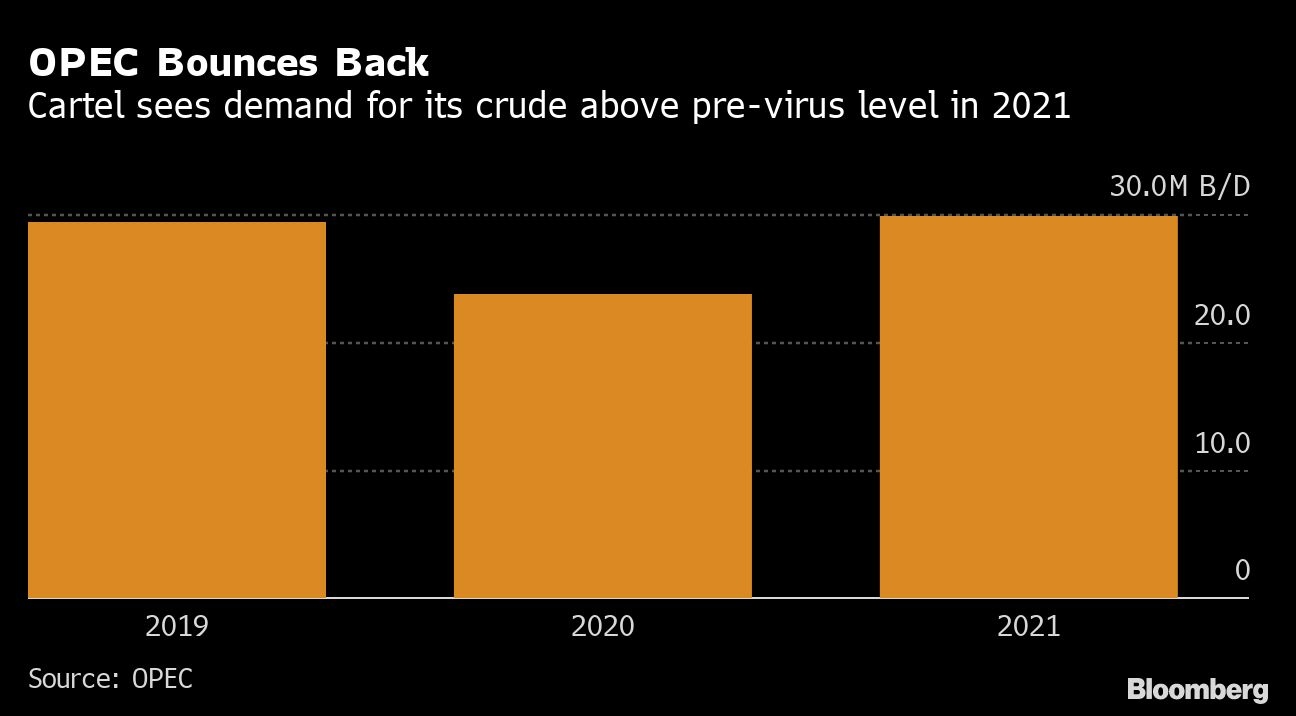 To prevent the supply increase from destabilizing a still-fragile market, Riyadh and Moscow are keen for the cartel’s laggards to make up for earlier cheating. On paper, full delivery of the compensation cuts could shrink the scheduled 2-million barrel-a-day supply increase by almost half.

Yet it’s questionable how much of those reparations would delivered by those countries that still haven’t fully met their original commitments.

“With Iraq, Kazakhstan, Nigeria and Angola all under-complying in May and June, these guys now need to over-comply to make up for the lost cuts,” Amrita Sen, chief oil analyst at consultant Energy Aspects Ltd., said in a Bloomberg television interview.

Last month, stragglers across the alliance agreed to make good on their lapses in May, which amounted to 1.26 million barrels a day.

But the technical committee found that, while several had stepped up their efforts in June, they still missed the mark. Overproduction within the OPEC cartel amounted to a further 380,000 barrels a day last month, its data showed.

With a second wave of infections hitting the U.S., signs of a renewed economic slowdown and oil-storage tanks still brimming, it’s no surprise that the cartel might want to act gradually.

“The transition to higher production coincides with a move back to movement restrictions in populous U.S. states and other countries around the world,” said Louise Dickson, an analyst at consultant Rystad Energy A/S. “Where will the extra oil go now if people are ordered back to their homes to reduce the spread?”

A monthly report published by the Organization of Petroleum Exporting Countries on Tuesday gives an insight into why, despite the ongoing economic slump, the cartel believes the easing is justified. Demand for OPEC’s crude is forecast to climb from here, and even surpass pre-virus levels in 2021.

During the second quarter, when lockdowns aimed at containing the pandemic were at their height, demand for OPEC crude was barely half the level seen the previous year, at just 15.87 million barrels a day. But the group expects it will be back at prior levels above 30 million in the fourth quarter.

“They are seeing the demand recovery that we all are,” said Sen of Energy Aspects. “It is the right time to start increasing production — gradually, of course.”