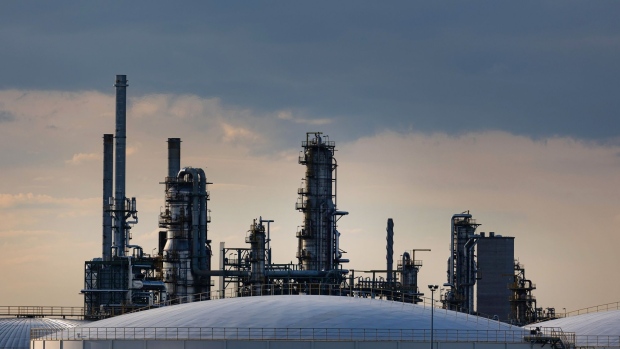 (Bloomberg) -- The biggest cut to OPEC+ supply since the pandemic has added another element of uncertainty for oil traders weighing the outlook for Chinese demand and a potential energy-supply squeeze during winter.

The cut will likely lead to higher costs for crude imports as the dollar climbs and fuel consumption gains over winter, said Kim Woo Kyung, a spokesperson for South Korean oil refiner SK Innovation Co. There’s also the possibility of demand falling due to a global economic slowdown, she said, highlighting the competing factors the market needs to juggle.

Oil and commodity markets have been whipsawed this year by the fallout from Russia’s invasion of Ukraine and escalating concerns over a slowdown. A rising dollar and tightening monetary policy have exacerbated the volatility. Up until last week, demand in China -- the world’s top crude importer -- was uncertain, although there’s been recent optimism about its near-term consumption.

The reduction by OPEC+ is a major setback for big oil-guzzling economies such as India, said refining and government officials from the South Asian nation, who asked not to be named as they aren’t authorized to speak publicly. The easing of sanctions on Venezuela and Iran, however, could go a long way in mitigating any acute tightness in the global market, they added.

Complicating the outlook further is new European Union sanctions on Russia, the first stage of which are set to take effect on Dec. 5. Traders said they were keenly watching what refiners in the EU will do to replace their staple diet of Russian Urals crude, and where they will turn to for replacement cargoes. European processors tend to procure oil on a very prompt basis, they added.

Uncertainties around the flow of oil following the sanctions have been tough to model, Giovanni Serio, global head of research at Vitol Group, said last week.

Part of that alternative supply to Europe is likely to come from West Africa, according to traders specializing in the region’s crude. Europe is expected to see fewer barrels flowing from the Middle East because of the cuts, they said. West Africa’s sales to Asian oil giants like Indian Oil Corp. and China’s Unipec may also increase, they added.

Still, traders in Asia said they were relieved that Saudi Arabia kept prices for November shipments to Asia steady. Refiners and traders had predicted a hike.

While OPEC+ pledged to cut daily output by 2 million barrels from November, Citigroup Inc. estimates curbs may equate to 1.1 million to 1.2 million barrels a day, which would slow down the replenishment of still-low inventories.

(Updates with reaction to Saudi prices in 8th paragraph.)