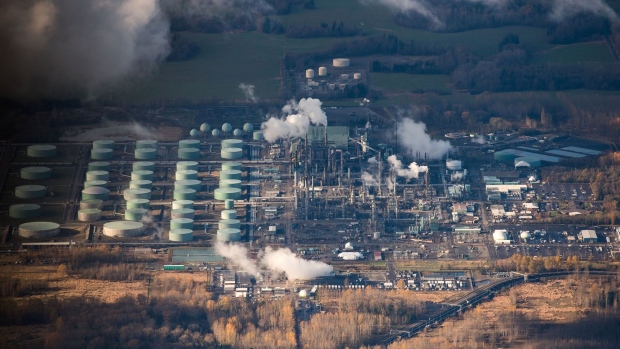 The projections from OPEC’s advisory body -- the Economic Commission Board -- come a week before the group and its allies meet to decide whether to increase production.

Some delegates from the Organization of Petroleum Exporting Countries and its partners have indicated they could cancel an output hike scheduled for January if inventories deployed by the U.S. and others overwhelm the market. The ECB’s projections would bolster the case of countries lobbying for such a pause.

The excess in world markets would expand by 1.1 million barrels a day in January and February to 2.3 million and 3.7 million a day, respectively, if 66 million barrels are injected over the two-month period, according to a document obtained by Bloomberg.

The 23-nation OPEC+ coalition is due to meet on Dec. 1 and 2 to decide whether to add 400,000 barrels a day in January as it continues to revive supplies halted during the pandemic.