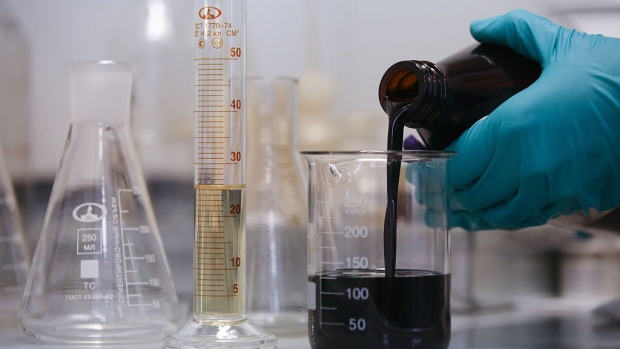 (Bloomberg) -- Talks between OPEC and its allies spilled into a third, unscheduled day as Saudi Arabia and Russia remained split over the threat Asia’s coronavirus poses to global oil demand.

Two days of meetings in Vienna weren’t enough to shift Russian resistance to new production cuts, according to delegates. Saudi Arabia, engaging in capital-to-capital diplomacy, has been pushing for the cartel to reduce output as the deadly coronavirus squeezes China’s economy and its demand for oil. China is the world’s biggest energy importer.

Russia would be willing to extend the current cuts, which were agreed in December and due to expire in March, but doesn’t want additional measures, according to one delegate. It was Russian reluctance that pushed the meeting of OPEC+ experts into a third day, he said. Russia’s budget is more resilient to low oil prices than Saudi Arabia’s, and the standoff between the two producers has become a feature of negotiations.

“If it were intractable they would have left by now,” said Helima Croft, an analyst at RBC Capital Markets. “It’s a quest for consensus still. But certainly it shows that this is not easy.”

The true impact of the virus is uncertain, making it harder for the cartel to make a decision. Estimates of how much demand will be wiped out in the coming months vary widely, with OPEC’s internal analysis predicting a modest impact but outside estimates showing the biggest hit to consumption since the 2008 to 2009 financial crisis.

Even if the technocrats that make up the group’s Joint Technical Committee reach a consensus on the impact of the virus on oil demand and make a recommendation to the ministers, the OPEC+ group would need then to agree on a date for the new meeting, and the ministers themselves would need further face-to-face talks in Vienna before deciding on any policy proposal.

Brent crude, the global benchmark, is down 16% for the year, largely due to fears that the virus outbreak will curb demand. But prices pared some of the losses on Wednesday as the talks in Vienna gave the market some hope that potential output cuts will help ease the blow.

--With assistance from Javier Blas.

To contact the reporters on this story: Salma El Wardany in Vienna at selwardany@bloomberg.net;Grant Smith in London at gsmith52@bloomberg.net

To contact the editors responsible for this story: Emma Ross-Thomas at erossthomas@bloomberg.net, Carlos Caminada, Pratish Narayanan