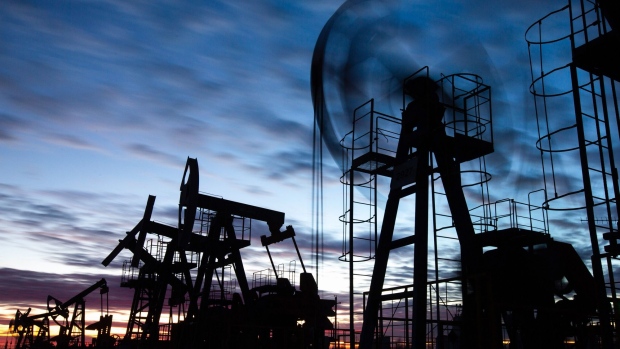 (Bloomberg) -- OPEC and its allies are expected to reaffirm plans to boost oil production when they meet next week, restoring some more of the output halted during the pandemic.

All but four of 24 analysts and traders surveyed by Bloomberg predicted that OPEC+ will ratify an increase of 840,000 barrels a day scheduled for July, completing a three-part process to revive just over 2 million barrels this summer. Several OPEC+ delegates, who asked not to be identified, said the same.

The alliance, led by Saudi Arabia and Russia, slashed crude production last year when the pandemic crushed fuel demand, throwing a life-line to the global oil industry. As consumption soars once again in China and the U.S., the producers are now carefully re-opening the taps.

Crude markets have so far comfortably absorbed the extra barrels, with prices climbing above $70 a barrel in London last week for the first time in two months. Brent futures have since eased slightly, amid concerns over the latest virus outbreak in India.

Russian Deputy Prime Minister Alexander Novak estimates that world oil demand exceeds supply by about 1 million barrels a day, according to a report on Wednesday from Interfax news agency.

Still, many of those surveyed said the alliance’s decision-making will remain clouded by uncertainties over their fellow member, Iran. Tehran and Washington are engaged in negotiations that could lift recent U.S. sanctions on the Islamic Republic, and permit the flow of substantial volumes of Iranian oil back into world markets.

As a result, almost all those in the poll predicted that when the Organization of Petroleum Exporting Countries and its partners gather on June 1 they’re unlikely to announce plans for production levels beyond July.

OPEC+ often manages to surprise market observers, particularly under the leadership of Saudi Arabian Energy Minister Abdulaziz bin Salman, who explicitly seeks to wrong-foot speculators. In March, analysts expected OPEC+ would agree to add 1.5 million barrels a day, only to see the group keep output tightly restrained. A month later, the alliance was widely expected to hold output steady, but instead announced the phased output increase that is now in progress.

Once the current output revival is completed, the 23-nation network will still be keeping about 5.8 million barrels of daily crude output off-line. Thats roughly 6% of global supplies.

While OPEC+ has formally committed to idling those barrels until next April, analysts expect the producers will tap their spare reserves as demand continues to recover in the second half of this year. The discussion over returning the remainder is likely to gather pace at the group’s next gathering.