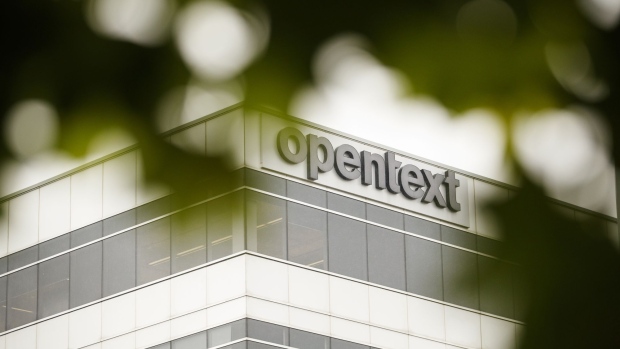 A group of banks led by Barclays Plc will hold a lender call for the seven-year offering on Monday, at 1:30 p.m. New York time, according to a person familiar with the matter. The loan has a maximum net leverage ratio of 4.5 times, added the person, who asked not to be identified discussing a private transaction.

Banks have been taking advantage of the relative calm that has swept across the US junk bond and loan markets lately to try to offload risky buyout and acquisition debt.

Waterloo, Ontario-based Open Text announced its $6 billion deal to buy Micro Focus over the summer, detailing that it would seal the purchase with $4.6 billion of new debt, $600 million from an existing credit line as well as cash on its balance sheet.

Once the deal closes, it will mark Open Text’s biggest acquisition to date. Its target, Newbury, UK-based Micro Focus, sells enterprise software to several companies ranked among the Fortune Global 500.