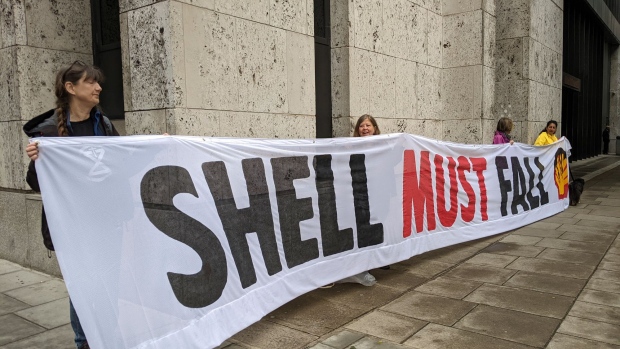 (Bloomberg) -- Shell Plc’s AGM in London was disrupted by environment protesters moments after it began on Tuesday.

Shell Chairman Andrew MacKenzie asked protesters to take their seats in order to discuss environmental concerns later on in the meeting. Some of the objectors shouted “Shell must fall.”

But police were called to start removing protesters after they refused to let the meeting proceed.

Shareholders will be voting on two climate resolutions, one by activist group Follow This, and another advisory vote on the progress of its own environmental strategy.