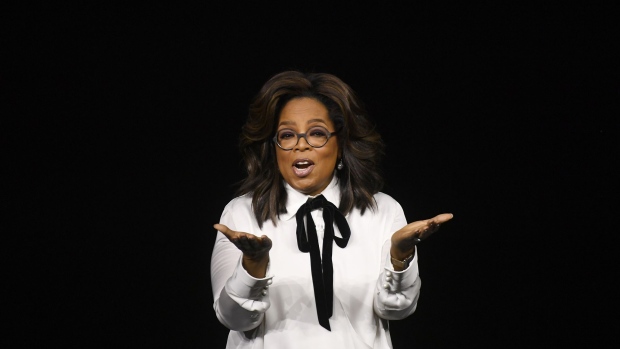 Oprah Winfrey sold most of her stake in the OWN cable channel to its majority owner, Discovery Inc., for more than US$36 million in stock.

Winfrey’s company, Harpo Inc., filed to sell half of the 1.34 million shares received in the transaction, according to a regulatory filing Tuesday.

The deal boosts Discovery’s stake in OWN to 95 per cent, according to a person with knowledge of the matter, an increase from more than 70 per cent reported in 2017. The channel was co-founded by Discovery and the longtime talk show host in 2011 as a female-focused network, trading off of Winfrey’s huge popularity.

It got off to a rough start, however, and initially wrung up losses. Since then, it has focused more specifically on African-American women, including shows produced by comic actor and producer Tyler Perry.

The OWN content is expected to be part of a new streaming service, Discovery+, which is launching next month.

Winfrey had an agreement with Discovery where she could require the company to purchase part of her interest beginning in 2016. In 2017, Discovery purchased a 25 per cent stake from Winfrey for US$70 million. The latest deal suggests the value of the business has declined as smaller cable networks struggle to compete in a streaming world.