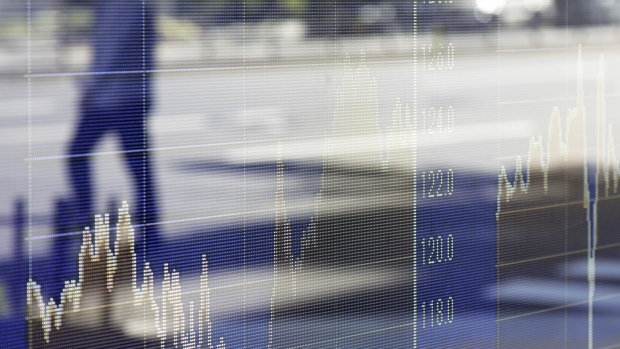 A once-obscure but increasingly influential dynamic in the options market may explain why U.S. equities have been so two-faced lately.

As meme mania rages, companies such as AMC Entertainment Holdings Inc. are whipsawing traders like never before. Yet at index level stocks are the most placid in years, with the S&P 500 Index posting its sleepiest stretch since 2017.

To the likes of Tallbacken strategist Michael Purves, it’s all about action in derivatives -- or in the case of the index, lack of action. 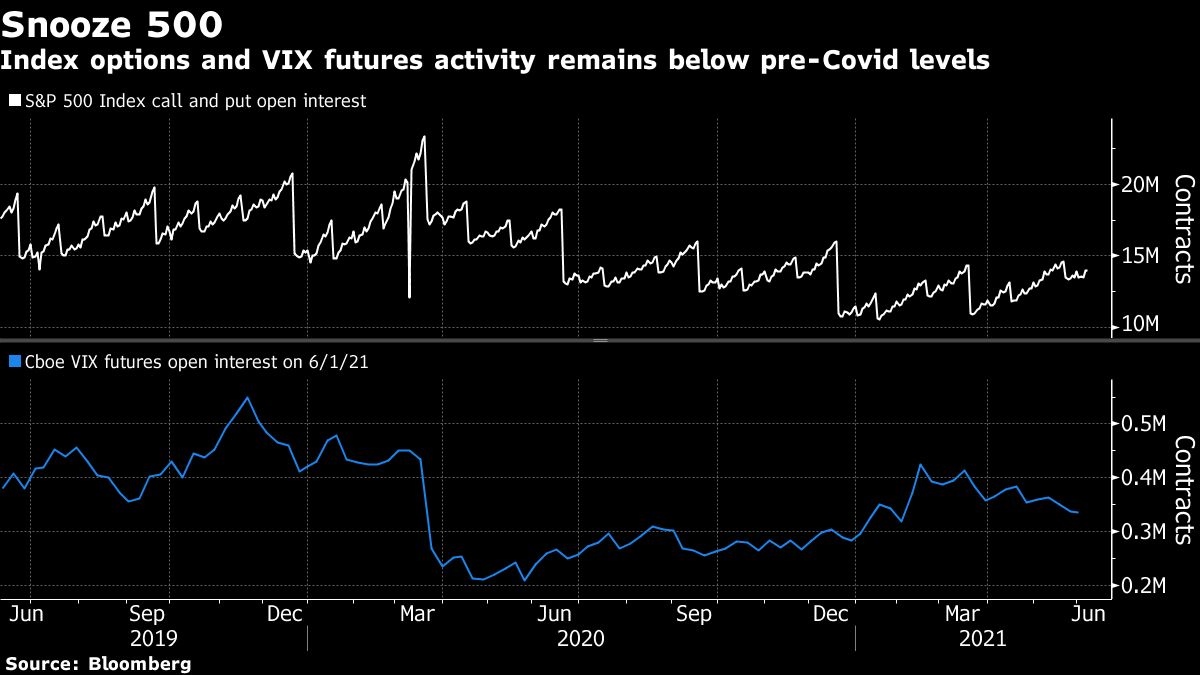 Options dealers have been increasingly accused of moving stocks over the past year as they hedge their exposures. The thinking is that they’ve caused phenomenon like “gamma squeezes,” in which a dealer buys a rising stock to balance their exposure to contracts they have sold, only to drive prices further up and so be forced into buying even more.

Such squeezes have been blamed for wild moves such as the tech-stock rally of 2020 and the December 2018 crash. Lately however, both options activity and pure-play bets on volatility for the S&P 500 have drifted lower.

“The reduction of index volatility positions might help explain why some of the (index level) market behavior this year has come without some of the violent crazy whipsaws,” Purves wrote in a weekend note. “While there have been some abrupt moves, it doesn’t have the feel that came with some of the index gamma squeezes which could drive large swings up or down in the market.” 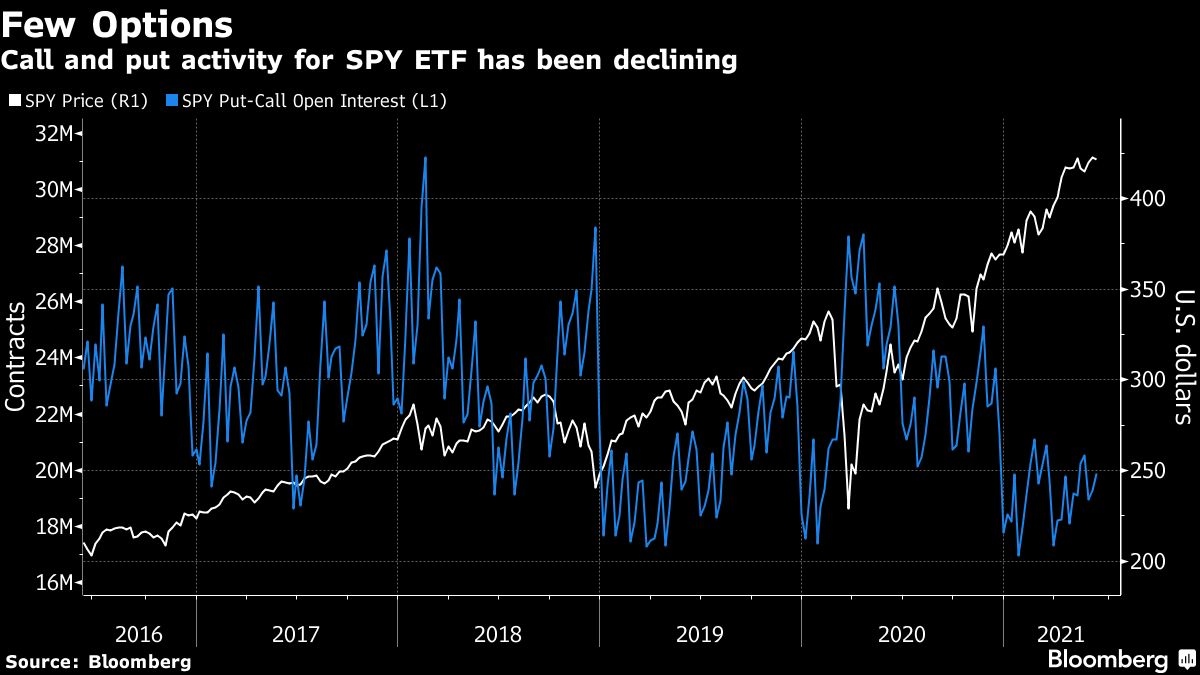 That means some of the fuel for dealer hedging trades at the index level has disappeared. Cboe Volatility Index futures activity has also yet to recover to pre-COVID levels.

Meanwhile, derivatives bets are booming again in single-name stocks like AMC as retail investors pile in.

Trades involving 10 contracts or fewer are rising as a percentage of overall equity-call volume, according to data from the Options Clearing Corp.

Commentators such as Brent Kochuba of SpotGamma have noted how closely correlated AMC’s moves are with the strike prices of popular options -- suggesting gamma squeezes are in play.