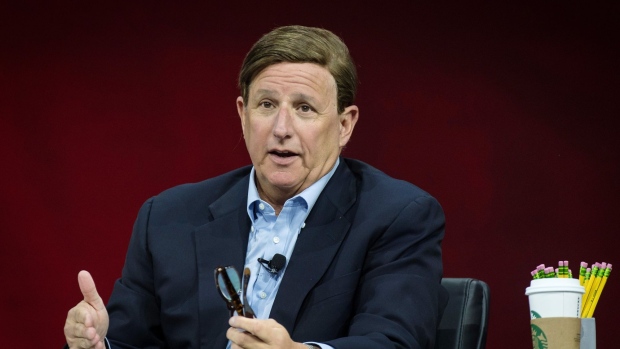 In a statement on Wednesday, the company didn’t specify what health issues Hurd is facing or say how long his leave would be. Hurd, 62, has served as CEO for five years and has spent a total of nine years at the world’s second-largest software maker, where his responsibilities have included managing the company’s sales organization, marketing and industry-specific software groups. Catz, 57, is a longtime Oracle executive who runs a range of departments including legal, finance and operations.

Hurd’s tenure as one of Oracle’s CEOs has been marked by a rocky transition to cloud-computing software. Sales have stagnated amid uneven demand for the company’s broad program suite, with cloud-based tools growing quickly and legacy products languishing. Hurd has played a key role evangelizing Oracle’s message to investors and the public. He set a goal for the company to clinch a 50 per cent share of the cloud applications market, targeting competitors including Salesforce.com Inc., SAP SE and Workday Inc.

Oracle shares declined 3.6 per cent in extended trading following the announcement of Hurd’s leave of absence, and after the company reported fiscal first-quarter sales that fell short of analysts’ projections. The stock had gained 1.5 per cent to US$56.29 at the close in New York. Oracle had been scheduled to report earnings on Thursday.

Hurd came to Oracle after serving as CEO of Hewlett-Packard Co., the computer maker that had been the world’s largest technology company by revenue. Previously, he helmed NCR Corp., which makes store checkout machines and ATMs.