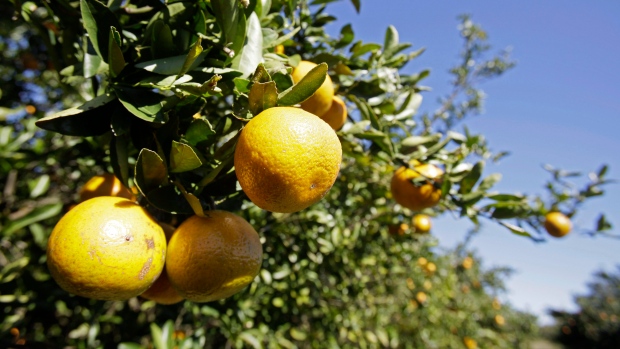 Orange juice futures fell the most in four months as the latest estimates for Hurricane Dorian indicate groves in Florida, the nation’s biggest grower of the fruit, will escape significant damage.

The state’s oranges may be spared the kind of impact that had pushed up prices last week as Dorian is expected the stay far enough from prime growing regions, Joel Widenor of Commodity Weather Group in Bethesda, Maryland, said by telephone. Still, flooding across eastern portions of the Carolinas could hurt cotton fields, said Don Keeney, senior agricultural meteorologist at Maxar.

Dorian is starting to inch northwest and potentially up the U.S. East Coast, the National Hurricane Center said. Movement is expected to speed up later Tuesday and Wednesday, with Dorian forecast to move “dangerously close” to the Florida coastline as it travels toward Georgia and the Carolinas.

“There’s no serious” risk to damage for oranges, Drew Lerner, president of World Weather Inc. in Overland Park, Kansas, said by telephone. “No major threat for cotton either, only right along the coast.”

Still, cotton in northeast South and North Carolina are more vulnerable to strong winds and flooding, which could hurt quality. It is unclear how much damage there will be to crops, Lerner said.

Other crop commodities -- including coffee, cocoa and cotton -- also fell on Tuesday as the U.S.-China trade war intensifies. 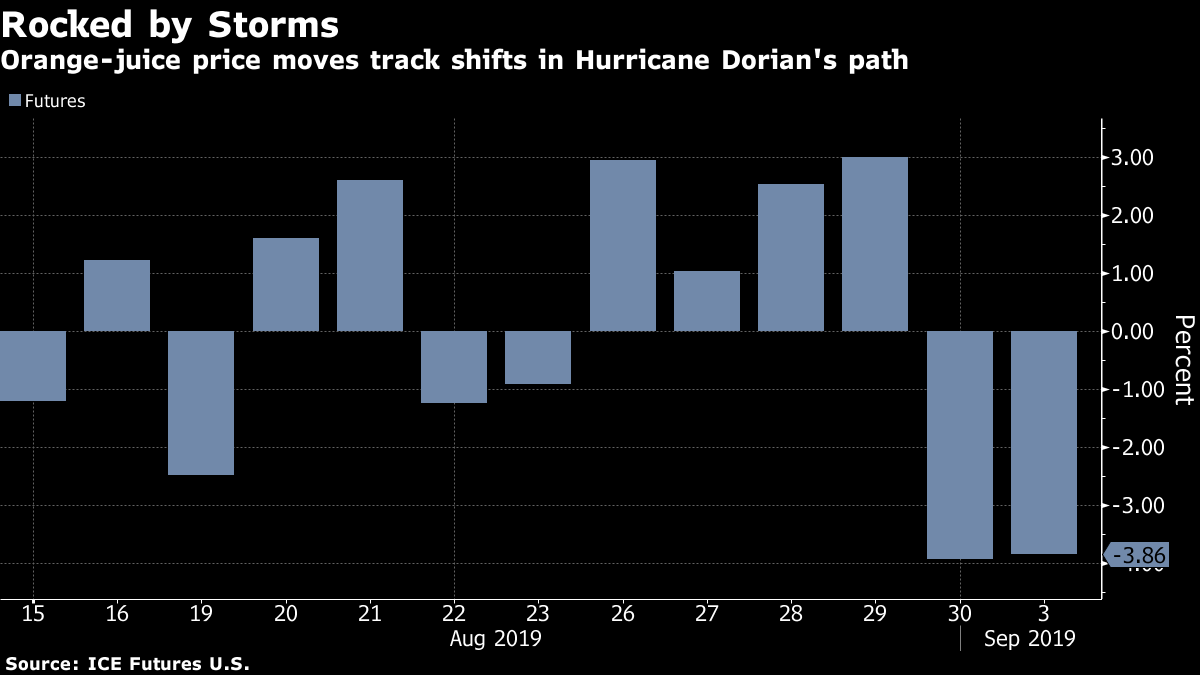