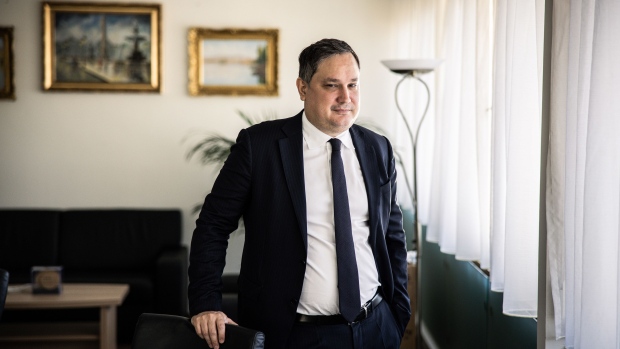 The tax, announced this week, is “extremely targeted” and seeks to add revenue of more than 800 billion forint ($2.2 billion) this year and in 2023, mostly to cover household utility subsidies as costs have soared after Russia attacked Ukraine, Economic Development Minister Marton Nagy said in an interview late Thursday.

The levy on eight industries, primarily energy and banking, differs from the blunt sectoral taxes Hungary introduced in 2010 that contributed to a recession and pushed the nation’s sovereign credit grade to junk category, he said. It seeks to minimize the hit on economic activity by targeting only “extra profit” resulting from outside factors, such as the pandemic or the war in Ukraine, he said.

“People have forgotten the concept of windfall taxes because it’s been so long since they were used,” Nagy said in Budapest. “There’s a huge difference between just taxing profit, which can be harmful, and taxing ‘extra profit,’ which is money that just fell into the lap of a company and tapping it for the public good.”

Investors didn’t embrace the concept on Thursday, when Hungarian refiner Mol Nyrt. fell more than 9% and the country’s largest lender fell 8.2%. Government bond yields jumped and the forint was volatile.

Mol Nyrt., whose profit swelled on selling Russian crude, will take the biggest hit and pay about 250 billion forint of the 300 billion forint windfall tax for energy companies, Nagy said, adding that proved the aim wasn’t to target foreign companies.

Banks, which have profited from rising interest rates, will have to pay the tax based on their net interest income in Hungary. OTP Bank Nyrt. is thus poised to account for about a third of the 250 billion forint in windfall levy for the banking industry.

The government is also seeking to boost transaction tax revenue from banks by raising the maximum fees for wire transfers to 10,000 forint from 6,000 forint.

It will also target online fintech platforms Revolut and Wise Payments and will extend the levy for the sale or purchase of securities, which until now enjoyed an exemption, Nagy said. Other measures include the introduction of a departure fee for air travelers.

Revenue from the windfall tax, which will be published via decree, makes up 40% of the $5.5 billion budget consolidation package. The rest will come from cuts in the spending of ministries and by the delay of state investments, mainly in construction, Nagy said.

These measures are aimed at consolidating the budget as the EU imposes an effective funding freeze against Prime Minister Viktor Orban’s government, which it says flouts democratic norms.

Hungary is “flexible” in terms of financing and it “makes sense” to sell foreign-currency bonds because of their lower yield compared with those denominated in forint, Nagy said.

The central bank, meantime, must balance between risks, including the chance that raising what is already the EU’s highest effective interest rate may potentially trigger a credit crunch, said Nagy, a former central bank deputy governor and Orban’s economic adviser before becoming a minister this week.

On the other hand, it must also not lose sight of the forint, which fell to near a record low against the euro on Thursday, and whose continuing weakness makes the inflation challenge worse.

“It’s thin ice and the central bank is doing its best to keep its balance,” he said.