Organigram Holdings Inc. has announced a partnership with a giant of the global tobacco industry in the latest barrier-breaking move by a major Canadian pot producer.

Under the arrangement announced Thursday, British American Tobacco (BAT) will pick up a 19.9 per cent stake in Organigram for $221 million. The two parties will partner on product development at what they're calling a "Center of Excellence" that will be established at Organigram's facility in Moncton and initially focus on developing CBD products. 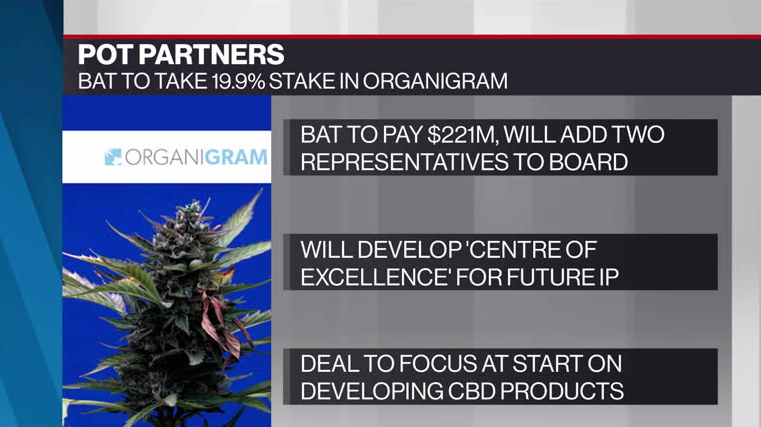 Shares of Organigram surged more than 30 per cent in pre-market trading in New York after the deal was announced.

"This is a tremendous milestone in the evolution of Organigram. It is instrumental in advancing our commitment to offering consumers innovative cannabis products and to furthering our long-term international strategy," said Organigram Chief Executive Officer Greg Engel in a release.

Engel said during a conference call that one BAT representative will join Organigram's board, with one more appointee expected to be added later this year.

In the release, Organigram touted the partnership as an opportunity to bolster its balance sheet, ramp up research and development, and better position the company to eventually crack the U.S. and other international markets. Organigram will have about $296 million in cash once the deal closes. For any products developed at the new R&D facility, BAT will own the intellectual property but award a royalty-free licence to Organigram, the company said. 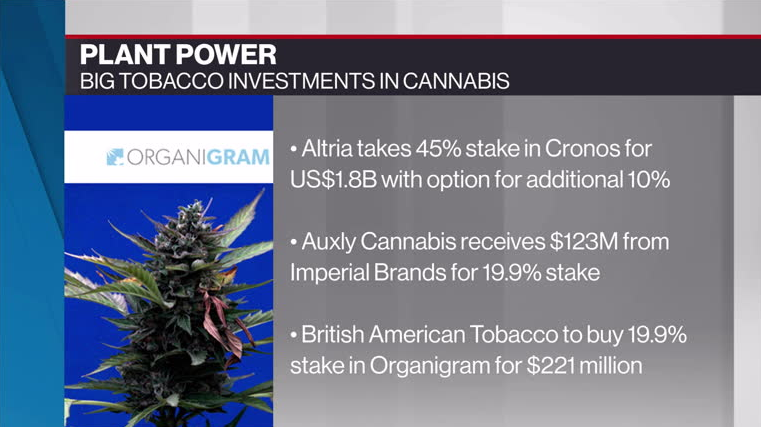 Canadian cannabis producers have a history or reaching across industry lines for partners. Most notably, Canopy Growth Corp. set the framework when it initially signed up global alcohol conglomerate Constellation Brands Inc. as a backer in 2017. Similar to Organigram, Cronos Group Inc. found its partner in the tobacco industry when the Toronto-based pot company inked a deal with Altria Group Inc. in 2018. Auxly Cannabis Group Inc. also received an investment from Imperial Brands PLC in July 2019 for a 19.9 per cent stake in the company.

BAT has been eyeing the cannabis sector for at least two years, according to recently released court filings between Aphria Inc. and Scotia Capital Inc. over an unpaid service dispute. BAT was introduced to Aphria by Scotia in early 2019 and the two companies entered preliminary discussions to partner, but a deal failed to materialized, the court filings show.