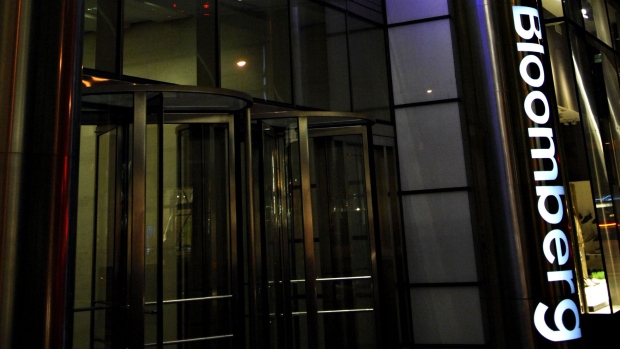 The entrance to the residential and office tower located at 731 Lexington Avenue, which houses the offices of Bloomberg News parent Bloomberg L.P., in New York, Wednesday, April 4, 2007. , Keyur Khamar/Bloomberg News

The Ontario Securities Commission has approved a settlement with two subsidiaries of Bloomberg L.P. over "serious and unacceptable" breaches of the province's securities law amid unauthorized fixed-income trading on their platforms.

Under the terms of the settlement that was confirmed Friday, the Bloomberg units were ordered to disgorge $663,305.20 and pay a total administrative penalty of $2,506,011.80.

The OSC said BTFL, which was licensed to operate by a U.K. regulator, applied to the securities regulator on Aug. 2, 2017 to be exempted from rules requiring it to be recognized as an exchange while allegedly failing to disclose all pertinent information, "including the fact Ontario participants had already been onboarded and had already engaged in fixed income transactions."

Without knowing that information, the provincial regulator granted in December 2017 the regulatory relief that BTFL had requested. According to the OSC, by that point a total of US$57 billion in fixed income trades had been executed by Ontario institutions.

According to the OSC, BTFL later disclosed in October 2018 that "limited" fixed income trading by Ontario-based market participants had taken place on its platform, even though the regulatory relief that it had been granted was limited to trading in swaps.

The OSC said Wednesday the platform generated $688,496.30 in fees from fixed-income trading by Ontario-based investors up to Nov. 1, 2018. BTFL's regulatory relief is scheduled to expire on Dec. 31.

As for Bloomberg Trading Facility B.V. (BV), the Ontario Securities Commission claims the platform - which was licensed to operate by a Dutch regulator - sought similar regulatory relief from the province to operate an exchange on March 20, 2019.

Despite the fact the request has not been approved to date, the OSC claims BV onboarded one Ontario market participant two days prior to filing its application. Fourteen additional market participants were later onboarded; the OSC says two of those entities were responsible for the fixed-income trading activity on BV's platform up until the first quarter of this year.

"These are serious and unacceptable breaches of Ontario securities law. When marketplaces, including exchanges, operate without authorization in Ontario, they undermine investor confidence and the fairness and efficiency of our markets," OSC staff said in the statement of allegations.

In the settlement announced Friday, OSC staff said the Bloomberg units demonstrated “exemplary cooperation” in resolving the situation, and noted that an internal investigation found “no evidence of dishonest conduct or any intention to deceive.”

BNN Bloomberg is a division of Bell Media and has an editorial content partnership with Bloomberg LP’s media division.