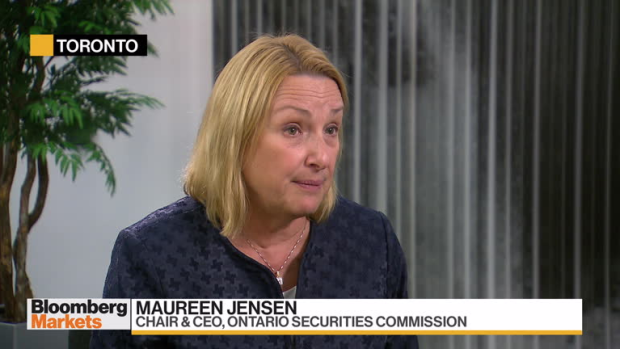 The first woman to be named chair and CEO of the commission, Jensen was appointed in 2016 and reappointed to a three-year extension in 2017.

Jensen joined the OSC as its executive director in 2011.

Before joining the provincial securities regulator, she had been senior vice-president of surveillance and compliance at the Investment Industry Regulatory Organization of Canada.

Jensen had also been the CEO of Market Regulation Services Inc. and a director of the Toronto Stock Exchange.