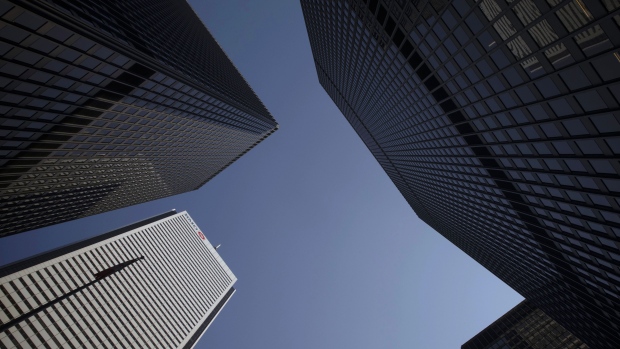 Canada’s banking regulator kept a key capital requirement for the country’s banks at its current level, signaling confidence that it strikes the right balance between protecting the firms and encouraging lending.

The Office of the Superintendent of Financial Institutions maintained the domestic stability buffer -- one of four capital requirements for the nation’s largest banks -- at one per cent of risk-weighted assets in its regular, semi-annual review of the measure.

The decision signals that the regulator views its move to cut the buffer in March has been enough to encourage lending to consumers and businesses to stimulate the economy. The nation’s lenders saw profit growth at their domestic retail units last quarter as provisions for credit losses declined.

“Throughout the pandemic, Canada’s banks have demonstrated resilience and have continued to provide loans to support borrowers while maintaining robust capital levels,” OSFI said in a statement Tuesday. “Vulnerabilities in the financial system remain elevated but stable against a backdrop of ongoing uncertainty.”

OSFI typically reviews the buffer in June and December, but stepped in three months early, in March, to lower the requirement to one per cent from 2.25 per cent to bolster the banks’ ability to provide credit to the market. That decision came in tandem with Bank of Canada interest rate cuts and federal government lending facilities, all aimed at supporting the economy during the pandemic. The regulator maintained the buffer at one per cent in June.