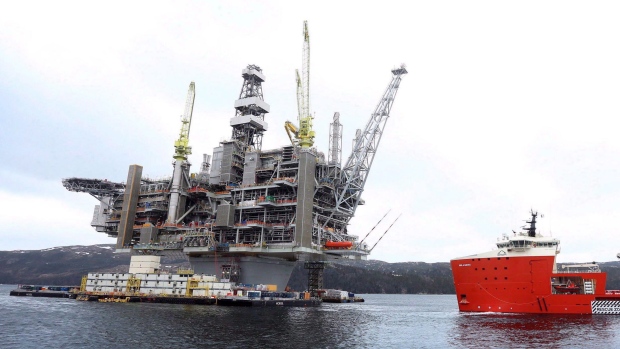 The Hebron Platform, anchored in Trinity Bay, N.L., is shown on Tuesday, April 18, 2017. Cash-strapped Newfoundland and Labrador has announced a 12-year plan to speed and enhance development of its offshore oil and gas resources. , THE CANADIAN PRESS/Paul Daly

Furey said the task force will focus on supporting the industry and on figuring out how to best spend the $320 million from Ottawa.

Husky Energy said Friday in a news release the money is “a first step,” but that it won't keep its $2.2 billion West White Rose project moving.

Husky is looking for government investment in the project and announced earlier this month it was reviewing its operations in the province.