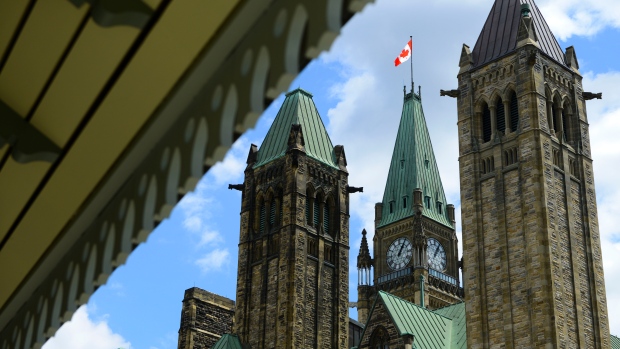 CALGARY - A new paper suggests a federal program meant to buffer provinces against economic shocks is not up to the task - especially in the COVID-19 era.

University of Calgary economist Trevor Tombe is urging Ottawa to review and reform the federal stabilization program in short order so it can help provincial economies weather the effects of the pandemic.

“There's some really big unanswered questions here that we have rightly put off because of the short-term crisis decisions,” he said.

“But in the coming months, we will need to start turning our attention to this.”

Tombe estimates provinces could be on track for a collective $35-billion revenue decline this fiscal year - equivalent to $1,000 per person.

But Tombe said there's still a big gap that can't be adequately addressed by fiscal stabilization, which has not been meaningfully reformed since its inception in 1967.

In the scenario Tombe sketched out - which he admits is subject to much uncertainty - Alberta, Saskatchewan, Ontario, Quebec, and Newfoundland and Labrador would all qualify for support.

However, a $60-per-person cap on payments that hasn't been updated since 1986 means the help wouldn't go very far.

Adjusting for inflation alone, Tombe suggested the cap should be $120 per capita.

Quebec would qualify for $1.8 billion if all losses beyond the five per cent threshold were covered by Ottawa. But the current cap means it would only receive about $500 million.

Alberta, which had its economy pummelled by a steep drop in oil prices well before the pandemic, currently qualifies for about $250 million in stabilization “in the face of what might well be a revenue reduction of well over $10 billion,” Tombe said.

He said if it were up to him, stabilization would be expanded as well as integrated with equalization, a better-known federal transfer program that is meant to smooth out more chronic fiscal discrepancies between have- and have-not provinces.

Tombe's paper was published by the Canada West Foundation think tank. He and other independent academics and policy experts have started the new Intergovernmental Fiscal Relations Commission, which aims to improve the fiscal relationship between Ottawa, the provinces and cities.

“Fiscal transfers are central to how Canada is governed,” he said.

“But some programs haven't really been examined or thought about or reformed in decades. Stabilization in particular has never been the subject of a serious comprehensive review.”

He said the COVID-19 crisis presents an opening to take a deep dive.

“The pandemic is revealing a hole in our current arrangements and, therefore, an opportunity to think about how to reform them so that we're better prepared for these kinds of extreme situations in the future.”