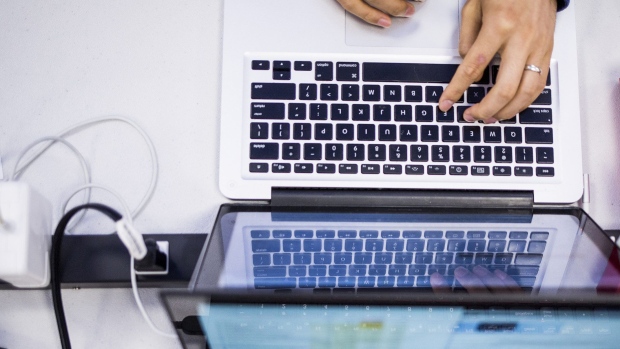 TORONTO -- The Liberal government unveiled a plan to rein in tech giants in its throne speech this week, but experts say there is much more that should be included.

The government revealed Wednesday that it wants to address corporate tax avoidance by digital giants, ensure their revenues are shared more fairly with Canadian creators and require tech companies to contribute to the creation, production and distribution of Canadian stories.

"Web giants are taking Canadians' money while imposing their own priorities," the government's throne speech said. "Things must change, and will change."

The throne speech references to tech come after at least a decade of international goliaths -- including Facebook, Google, Apple, Twitter and Netflix -- raking in tens of billions of dollars each year, while avoiding regulations around taxation, competition and governance and straining Canadian media and creator earnings.

While many experts agreed Thursday on the need to further regulate such companies, they think the government's priorities could use some tweaking.

"It's pretty underdeveloped and it sounds more like broad ideas with a bit of rhetorical teeth," said Dwayne Winseck, the director of the Canadian Media Concentration Research Project.

He has no problem with the government tackling tax avoidance or taxing digital streaming subscriptions like Disney+ or Netflix because he said they are "longer overdue" and can bring in cash.

However, he'd like to see the government consider some of the measures Australia is mulling.

The country has been pursuing a code of conduct to ensure tech companies don't use their significant power to lessen competition in media and advertising and is also considering a law to force tech giants to pay media companies for the content hosted on their platforms.

Facebook has said it may block content from the country rather than abide by the law and code of conduct.

Winseck doesn't agree with all of Australia's proposals, but he likes that the plan asks giants to give companies using their technology advance notice before switching algorithms and upending business models and highlights the dominance Google and Facebook have over advertising.

"The recognition that there is significant market power in some areas of the media economy, I think is really good and long overdue," he said, adding that it isn't a bad idea for Canada to look at.

Minister of Canadian Heritage Steven Guilbeault said in an emailed statement that his government is closely following measures being used in Australia and France and is considering a "made-in-Canada framework," that includes modernizing the Broadcasting Act.

"It's about fairness. Those who benefit from the Canadian cultural or news ecosystem must contribute to it," he said.

When asked about the throne speech, Facebook said that it welcomes any new regulations that "support innovation, free expression, and the digital economy."

Meanwhile, Google told The Canadian Press that it sends users to news sites 24 billion times a month and news represents about 1.5 per cent of the total queries on Google's search offering in Canada.

Google generated about $9 million in revenue from clicks on ads through news-related queries and said it complies with all current tax laws and looks forward to exploring new ways to support the Canadian media and creator ecosystem.

Twitter Canada spokesman Cam Gordon said his company was not commenting on the throne speech, but Netflix Canada said it is "committed to being a good partner and looks forward to working with the government on this issue as it moves legislation forward."

As the government works out how to turn its throne speech priorities into policies, Bob Fay, the managing director of digital economy at the Centre for International Governance Innovation, said it should also be thinking about data.

"(Tech giants) take our data and then they aggregate it â€¦ and then they get these really entrenched market positions that are really hard to challenge and I think they do need to be challenged," he said.

To counteract those positions, Fay said the government could require that platform users get more control about the information they provide to tech companies and could even stop giants from operating by their own rules.

"I honestly cannot comprehend the situation where we just allow them to govern themselves. I think it's now time for governments to act," Fay said.

Jim Balsillie, co-founder of BlackBerry and chairman of the Council of Canadian Innovators, said in an email that this isn't the first time the government has threatened or promised to regulate and tax tech companies, but they have yet to act on it.

If the government wants to get serious about it, he said they should look at these companies' business models and focus on separating tax avoidance from tax strategies.

"Canadian high-growth tech firms use stock options as a key part of their compensation strategies in the global war for top tech talent," he said.

"Limiting their ability to compete with global peers only results in poor economic outcomes for Canada, so my hope is that the government will not use a blunt instrument on this front."