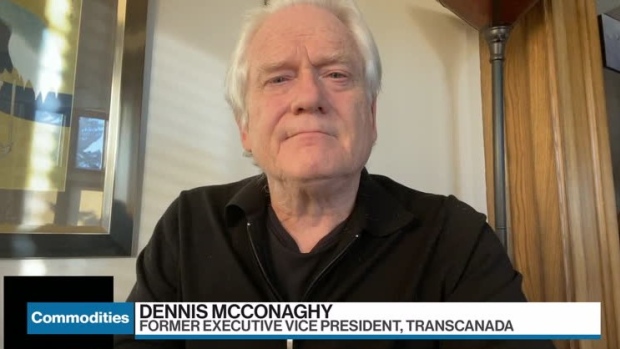 The Canadian government should turn its attention toward completing the Trans Mountain pipeline now that Joe Biden has decided to scrap Keystone XL, a former TransCanada executive said.

Dennis McConaghy, a former executive vice-president of the company now named TC Energy Corp. which played a major role in Keystone’s development, said in an interview Thursday that Trans Mountain is the only “practical alternative” Canada has to the project.

“There's two things Canada should do,” he said. “One is to focus on the completion of TMX; that's really the only practical option left for increasing pipeline takeaway capacity and there should be a clear statement from the federal government that they're committed to its completion.

“Number two, if and when Biden wants to talk about collaboration on climate and energy policy, some kind of regime where we all operate under a common carbon pricing regime … [restoring Keystone XL’s permit] should be a condition to those kinds of discussions.”

Biden revoked Keystone XL’s approval on Wednesday in one of his first moves as U.S. president. The project was originally approved by Donald Trump in 2017.

TC Energy has halted advancement on the project and said on Thursday that it’s looking to cut over 1,000 construction jobs.

McConaghy said Canada’s attempts to convince Biden to restore Keystone XL’s construction permit should be “as constructive and temperate as possible” despite the frustration and anger caused by the decision, particularly in Alberta.

Nevertheless, he said the decision to cancel the project was unwarranted.

“Canada is entirely entitled to have this permit restored,” McConaghy said “It was an audacious revocation, really unjustified in the basis of how one country is supposed to treat another in terms of relying on their permitting processes to invest billions of dollars.”