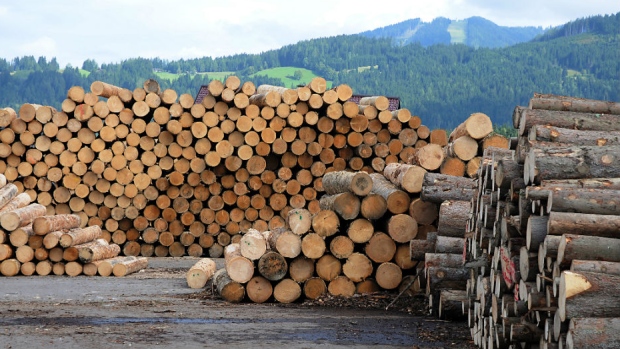 "Any determination really can't be made until we've seen what the rate and penalty will be," said an official who declined to be identified because they were not authorized to speak publicly.

It took the federal government more than a year to announce the first of two aid packages after duties were imposed in 2001. It first gave more than $300 million in late 2002 and then $1.5 billion in November 2005, with $900 million for loan insurance to help financially strapped exporters that had more than $5 billion tied up in duties.

The U.S. Commerce Department is slated to announce Tuesday preliminary countervailing duties on Canadian imports. A decision on anti-dumping duties is expected to follow on June 23.

Industry analysts expect the combined duties could range between 30 and 40 per cent with three top Western producers -- West Fraser, Canfor and Tolko -- being charged more than Resolute Forest Products (RFP.TO) and New Brunswick's J.D. Irving. An average rate will be applied to other companies.

"Day 1, we will be there to support the industry," she said in an interview.

Unifor president Jerry Dias called on Ottawa to respond to the duties to avoid a repeat of the situation when 15,000 were laid off within months of a combined duty of 27 per cent being imposed in the early 2000s.

"It's hard to exaggerate the impact tariffs will have on hundreds of small communities. The federal government needs to have a plan in place and act swiftly," he said in a news release.

However, provinces aren't in total agreement about financial support. British Columbia has said it is cautious out of fear that assistance will be construed by the Americans as unfairly helping the Canadian industry.

B.C. producers such as West Fraser Timber and Canfor are in a stronger position to weather a U.S. trade battle because they have purchased sawmills in the U.S. and expanded exports to China.

In Central Canada, sawmills tend to be smaller, don't have as much cash flow to pay duties and are therefore more at risk of closing, experts say.

That's why Ontario and Quebec producers have been pushing Ottawa to provide loan guarantees to help them pay duties and stay in business.

Resolute spokesman Seth Kursman called on Ottawa to support the thousands of forestry jobs in many rural communities.

"We think it's very important for the provincial and federal governments to stand strongly behind their industry," he said.

CIBC analyst Hamir Patel expects Resolute and J.D. Irving will be subject to lower duties "to create further tension in Canada between Quebec and B.C. interest."

Unlike the last time when Atlantic Canada was excluded from duties, he said only Nova Scotia, P.E.I. and Newfoundland that supply about two per cent of U.S. lumber imports will likely be fully exempted this time.