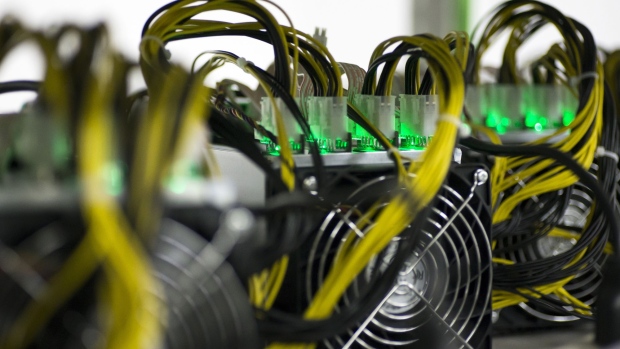 (Bloomberg) -- Ousted Bitmain Technologies Ltd. co-founder Micree Zhan Ketuan has initiated a legal case to try to regain his position, escalating a battle for control of the world’s biggest miner of cryptocurrency.

Great Simplicity Investment Corporation, owned by the engineering whiz-turned-entrepreneur, filed a summons in December in which he asked a Cayman Islands court to reverse a shareholder decision that cost him voting control of the crypto-miner. In the summons -- a notice served to defendant Bitmain -- Zhan asked the court to invalidate a vote at a November extraordinary general meeting that curtailed his rights. Shareholders voted then to convert Bitmain’s Class B shares to one vote per share, versus 10 votes previously -- effectively slashing Zhan’s influence, according to the summons obtained by Bloomberg.

It’s the latest salvo in a conflict that erupted into the public eye after Bitmain stripped Zhan of his titles in October. Billionaire Chief Executive Officer Wu Jihan is now back in the driver’s seat, hosting public events to tout new sales initiatives and attract clients. He had earlier warned employees against taking further instructions from Zhan or attending any meetings he convenes, threatening staff with dismissal or criminal charges.

Zhan, for his part, wrote in a letter published November on his WeChat social media account that he’ll return to Bitmain and “restore order” as soon as possible, legally. “If someone wants war, we’ll give them war,” he posted on his feed. The co-founder held close to 4 million B shares according to a 2018 IPO prospectus, almost double that of Wu, the only other holder of the special stock. It’s unclear whether that balance has shifted since.

The internal squabble complicates the prospects of a company grappling with intensifying competition from smaller rivals such as U.S.-listed Canaan Inc. and MicroBT. Bitmain, valued at about $15 billion in a private funding round in 2018, revived plans for a U.S. listing last year after a failed attempt in less crypto-friendly Hong Kong in 2018, but that didn’t come to fruition either.

The two co-founders had long served as co-CEOs but were replaced in March by Zhan’s pick, Wang Haichao, as the company struggled with layoffs and a cash crunch triggered by Bitcoin’s price plunge. Wang is still employed by the company.

Bitmain’s market lead remains under attack. Canaan had a 22% market share of Bitcoin mining machines in terms of computing power sold in 2019’s first half, up from 15% for the same period the previous year, according Frost & Sullivan figures cited in Canaan’s IPO prospectus. While Bitmain and its major rivals produce machines with similar specifications and prices, they live and die competing against each other -- and smartphone makers -- for tight chip supplies from foundries operated by the likes of Taiwan Semiconductor Manufacturing Co. and Samsung Electronics Co.

To contact the reporters on this story: Zheping Huang in Hong Kong at zhuang245@bloomberg.net;Benjamin Robertson in london at brobertson29@bloomberg.net

To contact the editors responsible for this story: Edwin Chan at echan273@bloomberg.net, Joanna Ossinger