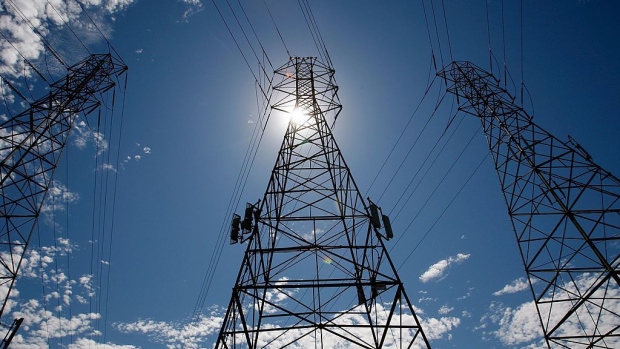 The energy sector is fond of its long-term forecasts and projections. There are many reasons why: energy assets have long financial and technological lives and they require years or sometimes decades to plan and build. Governments have a strong preference for reliable (and ideally low-cost) sources of power and fuel. Industries likewise require long-term assumptions on which to plan what, where, and how they will build their productive capacity.

I have a new favorite long-term projection, courtesy of David Hawkins of the Natural Resources Defense Council: the first volume of the United Nations’ 1956 10-volume opus, Proceedings of the International Conference on the Peaceful Uses of Atomic Energy. It is not actually the nuclear aspect that interests me — rather, it is the vision of what electricity demand would look like in 1975 and 2000. There are a number of lessons for long-term planners within the UN’s numbers.

What actually happened is instructive. The UN under-estimated demand in 1975 by seven percent and over-estimated it in 2000 by almost 49 percent.

It is worth looking at those figures a different way, in terms of growth rates. The UN’s assumed growth rate from the 1950s to 1975 is more than 7%, sufficient to double total demand every decade — and the actual rate was slightly higher. However, the UN’s assumed rate from the mid-1970s to the turn of the millennium was too high by almost two whole percentage points. For any given year, that difference is relatively slight. Compounded over more than two decades, it leads to a dramatically different outcome.

I checked beyond the scope of the UN’s report as well. From 2001 to 2019, the growth rate in global electricity demand was 3.1%, even lower than in the prior two and a half decades. And, that is despite an extraordinary increase in power generation beginning right at the turn of the millennium in China and to a lesser extent, India. At the start of the century, China’s electricity generation was about one third that of the United States; by last year, it was 88% higher.

I checked the UN report’s first volume to see how many times it mentions India or China. Despite their robust assessment of global demand growth, and the obvious energy poverty of both giant countries at the time, neither country are mentioned at all outside of footnotes and methodology. I hesitate to think of what a group of mid-1950s scientists and bureaucrats would imagine about electricity demand in 2020, but “India will generate more power than the entire world today and China will generate seven times more, at the same time that global electricity demand growth will be less than half what it is now” is probably not it.

A final detail from the UN report. As much as it foresaw a massive increase in electricity demand by the year 2000, it saw heat remaining as two-thirds of global energy demand. But, in the report’s first pages, it also notes: “The impermanence of the distinction between power and other forms of energy: the process that today, depends on heat, may depend on power tomorrow; the kitchen range that yesterday relied on coal has been supplanted by one that converts electricity back into the heat from whence, in many places, it came.”

That proved prophetic. We need look no further than global steel production, where the use of electricity, rather than coal-fired blast furnaces, increased by a factor of five from 1975 to 2020.

That increase in electric arc furnace steel production is exactly what the UN described – an impermanence of process for the same output. Consumers will not know the distinction between production methods, but our atmosphere certainly will. Coal-fired blast furnaces emit copious amounts of carbon dioxide, while an electric arc furnace can run on zero-carbon renewable energy, nuclear, or hydropower.

All long-term forecasts end up wrong in some way, but some are nonetheless useful. The older a forecast is, of course, the more likely it is to be wrong, but also, the more we can learn from how its antique assumptions match present reality.

Here, then is my long-term assumption: we will electrify more and more transportation and industrial processes in coming years, while at the same time significantly decarbonizing the electricity that they consume. Total power demand will increase significantly in the process, but it will surprise us too. Thanks to newfound process efficiencies and low costs that enable even more electrification, we will under-estimate demand in the short run but over-estimate it in the long run. And finally, new businesses and business models, not yet foreseen by any long-term planner, will emerge and flourish.Nathaniel Bullard is BloombergNEF's Chief Content Officer.