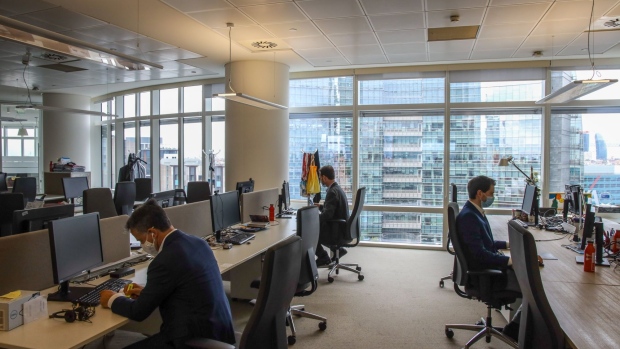 Workers grew more uncomfortable about heading back to the office in the first week of the year and were much more likely to consider quitting if their employer demanded they return, a sign that companies’ efforts to get people back amid rising COVID caseloads face stiff resistance.

The share of remote workers who would consider leaving their job if they were asked back to the office before they felt safe rose to 55 per cent as of Jan. 6, up from 45 per cent just a week earlier, according to pollster Morning Consult.

More than four in 10 workers felt unsure about returning to the office, compared with 35 per cent who said so on Dec. 30. People were also less likely to want to attend indoor sporting events, go to the movies and dine out, Morning Consult’s weekly survey found.

The findings come as Facebook parent Meta Platforms Inc. and other companies once again delay plans to bring employees back to their desks as the omicron variant sweeps through the U.S.

The surge has led to staffing shortages with millions of Americans calling in sick, on top of those who have already quit, sapping the nation’s economic recovery. Employers are also unsure whether the Supreme Court will toss out the Biden administration’s proposed vaccine shot-or-test rule, clouding the workplace situation even more.

“When organizations don’t communicate effectively about what the future looks like, it creates uncertainty and can cause people to quit,” said Jim Harter, chief scientist of workplace and wellbeing at Gallup Inc. “Matching what employers and workers want going forward is essential, because work will never be the same again.”