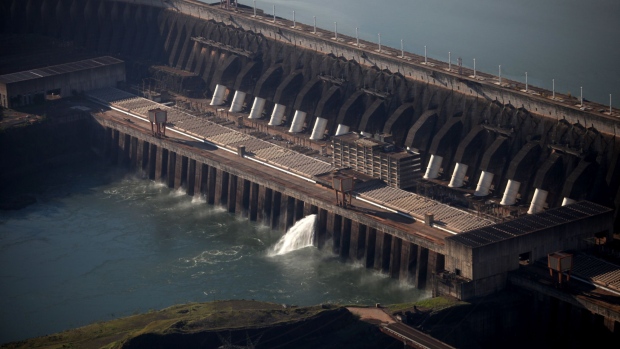 (Bloomberg) -- Brazil’s two biggest hydroelectric dams are so flush with water that they have opened floodgates in a reversal of fortunes that will curb natural gas demand in Latin America’s largest economy.

It’s a stark contrast from two years ago, when a historic drought forced Brazil to step up imports of liquefied natural gas to avert electricity rationing. The giant Itaipu mega-dam, the world’s third-largest, started releasing water on Jan. 14 and won’t stop until the end of the month. The Belo Monte dam, the world’s fifth-largest by installed capacity, is also so full it is releasing water.

For President Luiz Inacio Lula da Silva, it means he doesn’t need to worry about an electricity crunch like the ones that dogged many of his predecessors. It also means that Brazil won’t need as much natural gas to generate electricity, leaving one less competitor for European gas importers in a market that has been strained by Russia’s invasion of Ukraine.

“For Lula, electricity costs won’t be a problem, at least for the first year,” said Henrique Anjos, an analyst at Wood Mackenzie Ltd. “The situation for hydro is really good right now, and this is something new in terms of the past 10 years.”

Electricity is a bright spot in an otherwise challenging outlook for Lula. High interest rates and galloping inflation are weighing on economic growth, and his economic team is struggling to balance the budget.

The rapid growth of wind and solar power in recent years has also allowed Brazilian hydro dams, which account for about 60% of the country’s electricity supply, to replenish their reservoirs.