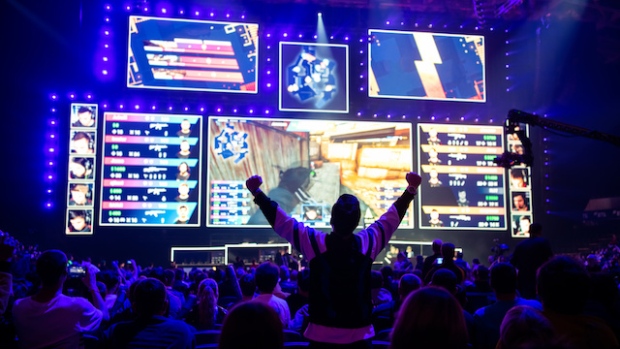 Exiting Q3, Enthusiast will continue its pursuit of increasing revenue per viewer and gross margin by making further investments in optimizing its media platform and more. , Image courtesy of Market One Media

A gamer’s image has changed significantly from the days of being referred to as a loner, sitting in his parents’ basement, while “real” athletes received all the accolades and cash. Now, thanks to the tech revolution, that image will never be the same.

Esports gamers have left the basement behind and now compete for millions of dollars in prize money, in stadiums packed with thousands of fans. Hundreds of colleges and universities in North America offer gamer scholarships and recruit esports players at those tournaments.

No longer niche: The gaming investment space is now competing with the Major Leagues

As the view of the typical “video gamer” has changed, so too has the gaming investment space. Gaming has long since eclipsed the box office, generating $138 billion in revenues in 2018 compared to just $41 billion for movies. Esports is a major industry within that sector with revenues reaching $1.1 billion in 2019, a year-on-year growth of over 26.7 per cent; A big chunk of that — around 82 per cent or $897.2 million — comes from media rights, advertising and sponsorship.

The sheer size of Gamer Nation is a huge revenue driver. Of the total global population of 7.7 billion people, it's estimated that one-third of the population are gamers; Some 43 percent of all males between 18 and 34 are gaming.

The highest-grossing individual esports revenue stream worldwide is sponsorship, generating $456.7 million in 2019, with the fastest-growing revenue stream being media rights.

Gamers have climbed the basement stairs and now stand on the main stage, playing in the major leagues. And as a result, they're creating generational investment opportunities for those who have their eyes on the prize and their thumbs on the controller.

"There's no one that does what we do. We've built size and scale very quickly like popular social networks and now our task, a challenge which we accept with open arms, is to monetize that user base better."

Enthusiast Gaming: Built from the ground up

Enthusiast Gaming (TSX.V: EGLX, OTCQB: ENGMF, FSE: 2AV) started with one of those gamer guys in his parents' basement. Enthusiast Founder and President, Menashe Kestenbaum, is a die-hard Nintendo fan who started his first blog, Nintendo Enthusiast in 2011 and surrounded himself with a community of people who shared his passion. He quickly started to amass a huge gaming network of blogs and websites and the formula to create the company that many know today, Enthusiast Gaming.

From that one blog site, Kestenbaum has built a gaming media company from the ground up — more specifically, the team’s mission is to build the world’s largest network of communities for gamers and esports fans. Enthusiast’s media platform was recently verified as the largest gaming network in North America and the United Kingdom.

"There's no one that does what we do," says Kestenbaum.

"We've built size and scale very quickly like popular social media platforms and now our task, a challenge which we accept with open arms, is to better monetize that user base."

Kestenbaum is joined by an astute team of media and sports professionals. Notably, Adrian Montgomery, Enthusiast Gaming’s CEO and the past President of Aquilini Entertainment.  Montgomery spearheaded the decision to bring the Dota 2 Championships to Vancouver in 2018, which ultimately led to the purchase of the Overwatch Grand Finalists, the Vancouver Titans professional esports team.

Also onboard are the Vancouver Canucks, with owner Francesco Aquilini, Chair of Enthusiast Gaming's Board of Directors. Another director is Ben Collabrese, EVP Finance for the Toronto Blue Jays.

Those are big numbers, but perhaps just as impressive are some of the over 50 celebrity gaming influencers, brand ambassadors and high-profile shareholders that have joined the Enthusiast Gaming team, including former Seattle Seahawks Superbowl Champion Richard Sherman. The talented cornerback is a big fan of Enthusiast Gaming's Seattle-based Call of Duty team.

"Including Richard Sherman, NFL superstar and Superbowl Champion, on Team Luminosity as a brand ambassador and investor was an exciting step for our company. Sherman is a perfect fit for us and a great addition to our roster of over 50 professional esports players and influencers," says Adrian Montgomery, CEO of Enthusiast Gaming.

So how long before investors start comparing Toronto's Don Valley gaming cradle empire to the likes of Silicon Valley? That depends on how one defines "overnight success." Currently, Facebook is the gold standard of "instant" success, evolving since 2003 into a juggernaut with 400 million users worldwide.

Other examples, such as Microsoft, took 11 years to become an "overnight success" worth $350 million; Apple took about 20 years and Amazon just three — beating all expectations, including those of founder Jeff Bezos.

"Started from the bottom, now we here."

Like the lyrics from Drake's song, it's a long climb from Kestenbaum’s basement to the top, but as the company prepares to go public in U.S. markets, including the Nasdaq, Enthusiast Gaming's platform of assets, audience stats and audience purchase behaviour data shows just how far they've come in a relatively short time.

The media division has a monthly network reach of 200 million, with over 150 million organic monthly visitors across 100-plus websites and 900 YouTube channels monetized by ad revenue. With proprietary AdTech driving optimization and monetization, it generates over 30 billion ad requests a month.

The esports division, led by Luminosity Gaming has over 60 million fans. And the Events division raised $55 million, staging international gaming and esports events including EGLX, Canada’s largest video game expo and 30 video game events in 11 markets, including the U.S. and U.K.

The company has also built an extensive database that details their audience purchase behaviours, like how many want to buy a new car in the next six months or intend to purchase electronics. It's a window into the purchasing power of millions of gamers across 47 countries around the globe.

Currently, Enthusiast Gaming has more touchpoints to gamers than any other gaming company. Moving forward, the company has an aggressive growth strategy to increase its fan and customer bases and monetize the network better. It includes increasing the revenue per user, driving revenue through direct sales, and building direct relationships with brands and agencies.  The company also has plans to expand its events business across North America and globally. Mergers and acquisitions also factor into the overall business strategy.

And the future may be even more promising. As Montgomery says, it's early innings yet.

"I think considering how we're expanding, we have a truly remarkable story. We hope to be the game-changer," Montgomery concludes.