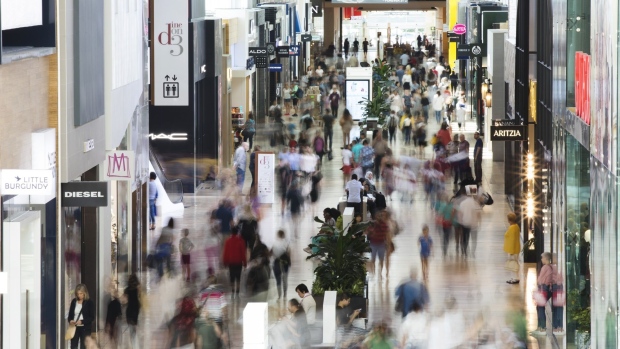 The owner of Canada’s most valuable shopping mall is planning to add apartment buildings to that property and two others around Toronto, creating mixed-use neighborhoods that invite renters to live where they shop.

Oxford Properties Group’s plans for rental apartment towers at Yorkdale Shopping Centre, Canada’s most productive mall by sales per square foot, are still in an early stage, President Michael Turner said. But construction has begun at the Square One Mall in nearby Mississauga, he said, and municipal authorities are evaluating a proposal for Scarborough Town Centre in Toronto’s east end.

“We’re starting to go vertical,” Turner said Tuesday in an interview at Bloomberg’s New York headquarters. “I can assure you that what you see today is not what they’re going to look like over the coming decade or two.”

Intense competition from e-commerce retailers and the loss of business caused by pandemic shutdowns have pushed several North American mall operators into bankruptcy. The erosion of the traditional shopping mall business has spurred more operators to add housing to their properties, tapping into a sector of the real estate market that has outperformed retail.

The idea has been seized on by mall titans including Simon Property Group Inc. and Canada’s Brookfield Asset Management Inc., with two primary motives: squeezing more value from the properties and bringing prospective retail customers closer to the action.

But getting municipal boards to approve the rezoning necessary to build housing has been a slow process in Canada, Turner said.

“I used to not appreciate why things went slow until I started to work for a developer,” Turner said, lamenting the “hundreds of meetings” with municipal officials and citizens and the “multiple times that you have to redo plans on the same site.”

Still, with much of Canada suffering from a severe housing shortage, making home affordability a major political issue, Turner expressed confidence that demand will be plentiful for the new apartment units, whenever they’re built. Turner said that Oxford’s role as the property investment arm of the pension fund for Ontario’s municipal employees means it can operate on a longer time horizon than other developers and can afford to be patient.

The Yorkdale mall will be the last of the Toronto-area mall sites to break ground, in part because it’s situated in a densely packed neighborhood that’s squeezed between two major highways, Turner said.