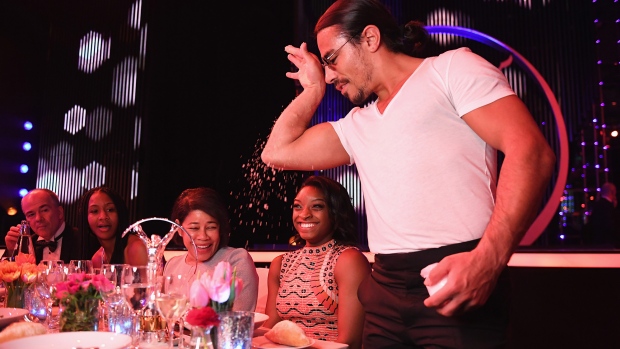 Turkish billionaire Ferit Sahenk is ready to sell more of his assets as part of an ongoing effort to satisfy a debt-restructuring deal struck with banks earlier this year.

Sahenk’s Dogus Holding AS could dispose of investments worth as much as 800 million euros (US$890 million), he said in an interview in Istanbul late on Monday. Dogus, which has interests spanning restaurants, entertainment outlets, marinas and car-distribution businesses, wants to cut its 2.3 billion euros of restructured debt to below 2 billion euros this year and to 1.5 billion euros by the end of 2020 through the sales, he said.

“We are determining the assets to be sold by making sure that we don’t weaken our position in the sectors that we have operations in,” Sahenk said. “We are keeping our focus on our core businesses. We have observed significant improvements in our cash flows and Ebitda figure this year and had savings of 75 million euros in a short period of time in the group.”

The steps could include an initial public offering of Dogus’s hospitality businesses, Sahenk said.

The shares of companies affiliated with the investment holding company were mixed on Wednesday after surging the previous day. Dogus Gayrimenkul Yatirim Ortakligi AS, a real estate developer, rose as much as 9.3 per cent to the highest level since June 24 after gaining 6 per cent on Tuesday. Dogus Otomotiv Servis AS, the group’s unit that distributes Volkswagen AG cars in Turkey, pared Tuesday 5.4 per cent rally to trade 1.3 per cent lower at 10:09 a.m. in Istanbul.

Dogus has invested a total of US$9 billion in restaurants, automotive, hotels, energy and finance in the past decade, with 83 per cent of them in Turkey, Sahenk said.

Like many other Turkish companies, the owner of the Nusr-Et steakhouse, popularly known by its founder chef’s meme Salt Bae, is struggling to repay foreign-exchange loans after the lira plunged. Dogus has been selling hotels and stakes in restaurants, which Moody’s Investors Service said in May amount to about 625 million euros, to honor the restructuring deal with lenders.

The group had plans to sell shares through an IPO of the international restaurants business, D.ream, or Dogus Restaurants Entertainment & Management, in London, people with knowledge of the plan said last year. D.ream has the franchise of Japanese restaurant Zuma, Nusr-Et and among other brands.

Dogus Holding signed the loan-restructuring deal with 12 banks in Turkey, two of which are international lenders, said Husnu Akhan, vice chairman of the group, in a separate interview. The restructured loan is a six-year facility, he said.

The billionaire, once Turkey’s richest man, entered the entertainment and restaurant trade after selling his stake in Turkiye Garanti Bankasi AS to Spain’s BBVA for about US$5 billion in three transactions since 2010.

Sahenk was speaking after the opening of a US$1.7 billion cruise port project, called Galataport, which the group is building with a smaller partner, Bilgili Holding, in Istanbul under a 30-year contract with the government. The port in the Karakoy district on the Bosporus is due to start operations next spring and projected to host 25 million visitors a year.

The Galataport venture is in talks with six local lenders to start principal repayments on a 1.02 billion-euro loan taken out in 2016 in 2022 instead of 2020, Akhan said. The maturity of the 14-year facility won’t change from 2030, he said.

The Galataport investment will pay back in 16 years, Akhan said.