Most important differences for COVID vaccines will be efficacy and safety: Healthcare analyst

The University of Oxford confirmed that the COVID-19 vaccine it’s developing with AstraZeneca Plc produced strong immune responses in older adults in an early study, with key findings from the last phase of tests expected in the coming weeks.

The results, published Thursday in The Lancet medical journal, shed more light on preliminary data released in recent months showing the experimental shot generated an immune response in the elderly, who are at highest risk of severe illness.

“This is a very important step, because the big worry with any vaccine is that it doesn’t work so well in older people,” Richard Horton, The Lancet’s editor-in-chief, said in an interview with Bloomberg Television. The data is “another brick in the house that we’re trying to build for this vaccine.”

Researchers still await late-stage trial results that will show whether the vaccine can meet the high bar set by front-runners Pfizer Inc. and Moderna Inc. The Astra-Oxford data readout will come after there have been 53 confirmed cases of COVID-19 in the trial, Andrew Pollard, Oxford’s chief trial investigator, said at a press briefing.

Pollard also said Astra and Oxford will release the “high-level” results of the trials once they pass the infection benchmark immediately, followed by a more detailed, peer-reviewed data analysis in a scientific journal weeks later.

AstraZeneca shares were little changed in London trading after rising as much as 1.7 per cent earlier Thursday. 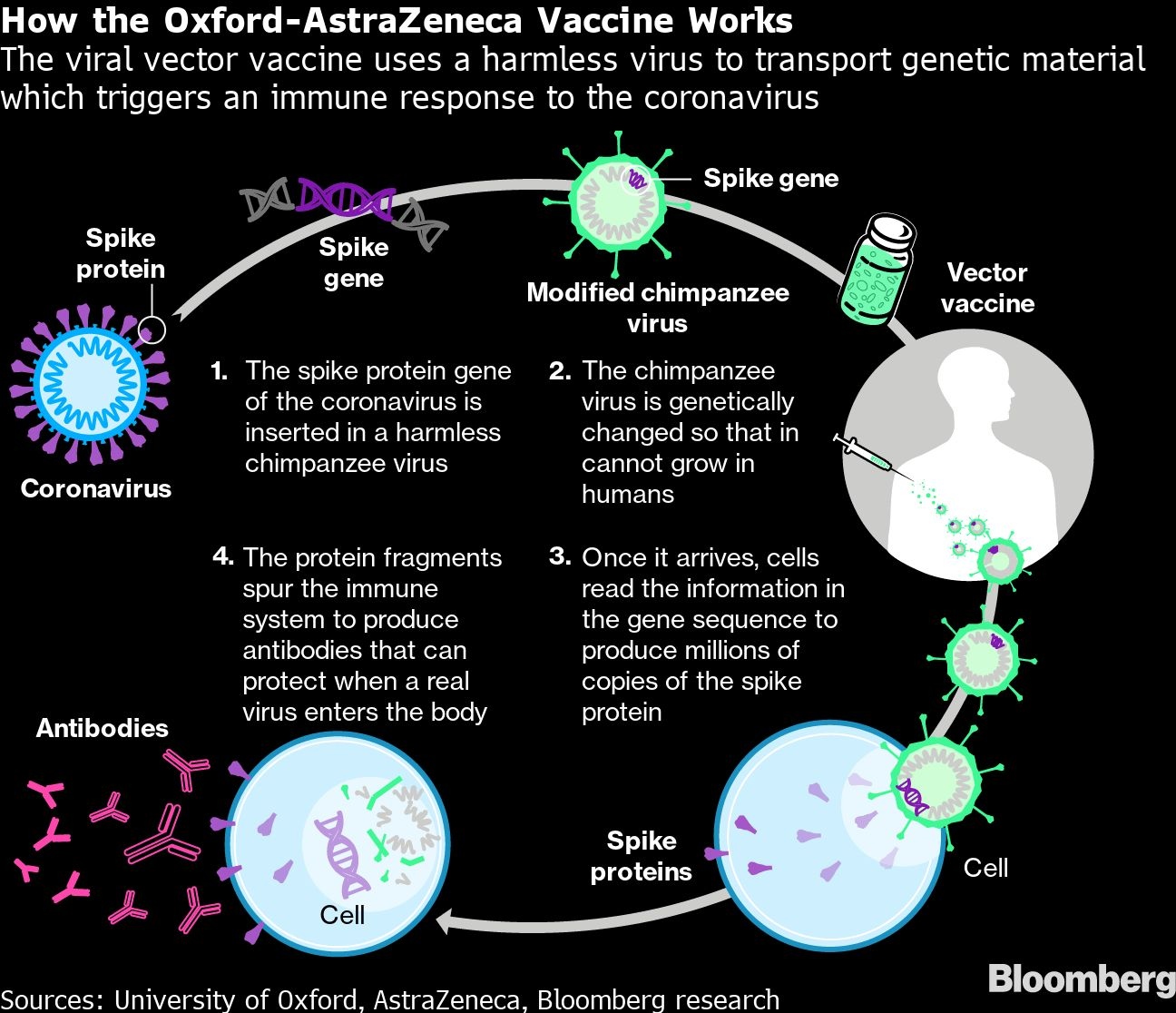 The past two weeks have brought a flurry of promising vaccine news. Pfizer, working with Germany’s BioNTech SE, said Wednesday that its shot was 95 per cent effective in a final analysis of trial data, paving the way for the company to apply for U.S. regulatory clearance. Moderna’s vaccine appears equally effective.

The results of Oxford’s phase 2 study show that the vaccine is better tolerated in older people and produces a similar immune response in old and young adults.

The study involved 560 adults, including 240 over the age of 70. Older patients have been hardest hit by the pandemic, with the vast majority of deaths occurring in those over 60. Data released in July showed the vaccine generated robust immune responses in adults aged 18 to 55.

“Inducing robust immune responses in older adults has been a long-standing challenge,” Angela Minassian, an investigator at Oxford, wrote in a statement. “To show this vaccine technology is able to induce these responses -- in the age group most at risk from severe Covid-19 disease -- offers hope that vaccine efficacy will be similar in younger and older adults.”

The study shows the vaccine causes few side effects and provokes a response in T-cells that target the virus within 14 days of the first dose and a protective antibody response within 28 days of the booster dose. Neutralizing levels were achieved by 14 days after a boost vaccination in 208 of 209 patients.

The two-dose regimen required for the leading vaccine candidates mean that about 15 billion doses could be required to inoculate the global population. Distribution and the anti-vaccination movement are now the two biggest challenges facing the vaccine effort, according to The Lancet’s Horton.

“The responsibility of our political leaders is to really build trust with the public,” said Horton. “We have to protect the progress we’ve made and the anti-vaccination movement is a threat to that progress.”

--With assistance from Francine Lacqua.