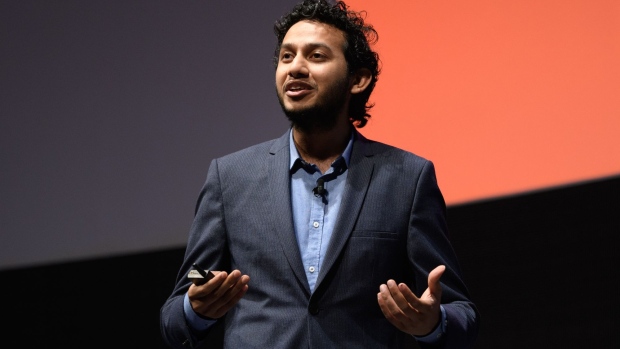 (Bloomberg) -- Oyo Hotels & Homes Pvt, a once high-flying Indian startup that ran into troubles during the pandemic, plans to file preliminary documents to go public as soon as next week and will seek at least $1.2 billion, according to people familiar with the matter.

The initial public offering will consist mainly of primary shares, or those sold by the company, as well as a small portion of secondary stock, said the people, asking not to be identified because the details are private. Ritesh Agarwal, the 27-year-old founder and chief executive officer, doesn’t plan to sell any of his stake, one person said.

Oyo is targeting an offering of about $1.2 billion and could increase that, one of the people said. It’s pushing to accelerate the initial filing -- known as the draft red herring prospectus, or DRHP, in India -- to as soon as next week, though it could also happen in early October, the person said. Bloomberg reported in August that Oyo was targeting an October filing.

A successful IPO would mark a dramatic turnaround for Oyo. The hotel-booking startup, backed by Japan’s SoftBank Group Corp., stumbled in its global expansion and then was hit by the Covid-19 pandemic, which effectively ended travel for months in many countries.

Agarwal led the company through a painful overhaul, pulling back in certain markets, cutting the workforce and slashing compensation. He said in an interview with Bloomberg TV in August that the pandemic hit Oyo like “a cyclone” with business plummeting sharply.

Agarwal, who has been mentored by SoftBank’s Masayoshi Son, refocused on the technology and services that are most valuable to his hotel partners. The startup earlier raised $660 million in debt financing to service its existing loans.

The India IPO market is booming this year, on track to hit a record in the amount of fundraising. In one positive sign for startups and their backers, the food-delivery company Zomato Ltd. went public in July and saw its shares surge, despite substantial losses.

Agarwal has said that Oyo has made progress in turning around its fortunes in recent months. In September, Microsoft Corp. said it would enter a multi-year alliance with Oyo and invest $5 million in the company. Oyo’s valuation is about $9 billion, according to the market research firm CB Insights.

In his interview with Bloomberg TV, Agarwal declined to comment specifically on IPO plans.

“We are already operating like a public company, when we go public is up to the board,” he said at the time.