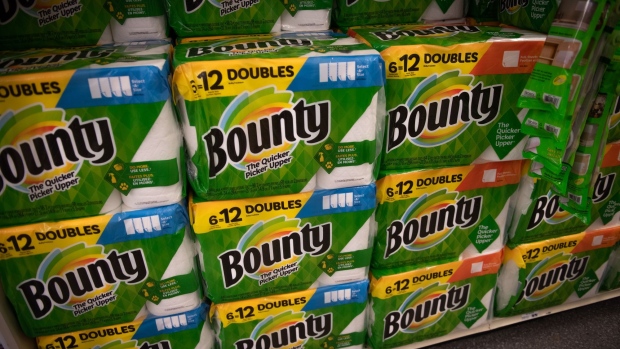 (Bloomberg) -- Procter & Gamble Co. is again under the microscope over its wood-pulp sourcing policies as an advocacy organization calls on US regulators to review the company’s claims to investors.

The Natural Resources Defense Council filed a complaint Wednesday with the Securities and Exchange Commission arguing that P&G’s assertion that its practices prohibit forest degradation are “implausible based on available evidence.” The group, known as the NRDC, is asking the SEC to hold P&G accountable for “any materially misleading statements” to investors and to “ensure the marketplace remains aligned with scientific integrity.”

The complaint could escalate scrutiny on the company’s sourcing for products such as Bounty paper towels and Charmin toilet tissue. It’s an issue that has gained traction with shareholders: Two years ago, 67% of them called on P&G to report on its efforts to halt deforestation. The consumer-goods giant issued a policy update earlier this year pledging to preserve forests “for generations to come,” but groups including the NRDC argue it’s still not doing enough.

Earlier this month, UK shareholder advocacy group Tulipshare Ltd. launched a campaign seeking to bring an independent chair to replace Chief Executive Officer Jon Moeller as head of the board, arguing that P&G has ignored shareholders’ request to curb deforestation.

The NRDC in September also urged investors to vote against three board members, including Moeller, at P&G’s shareholder meeting in October in protest of the company’s deforestation practices.

P&G’s report earlier this year outlines the company’s plans to have its progress monitored by independent audits and satellite monitoring. The company also says it has established a process for reporting allegations of non-compliance. However, “there are no concrete timelines or benchmarks that would indicate a corrective shift in company policy,” Tulipshare said.

P&G didn’t immediately respond to a request for comment.

The NRDC has opposed P&G’s practices for years, accusing the company of destroying old-growth forests. The Cincinnati-based company has countered criticism by saying it’s a leader in sustainability. It’s pledging to reach net-zero greenhouse gas emissions by 2040.