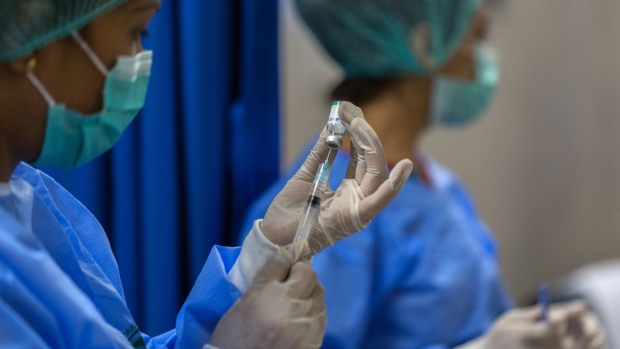 The arrests took place over the past month and a half, Sanaullah Abbasi, director general at Pakistan’s Federal Investigation Agency, said at a briefing in Islamabad Monday.

“Such illegal and immoral acts not only endanger the lives of the people but also put the country’s prestige at risk globally,” Abbasi said.

Khan is seeking to reopen the economy as a fourth wave of the coronavirus pandemic ebbs. The government wants to fully vaccinate 70 million people by December, up from some 25 million currently, and had been pressuring citizens to get at least one shot by Sept. 15.

Pakistan’s most populous province, Punjab, had warned that mobile phone services may be banned for unvaccinated people while Sindh province said it will stop salaries to encourage people to get the vaccine. Pakistan has a history of vaccine hesitancy, for instance polio workers regularly get attacked, fueled by conspiracy theories.

The country of more than 200 million people reported 1,757 new infections and 31 deaths during the last 24 hours, the lowest test-to-positive cases in almost three months, according to data compiled by Arif Habib Ltd.