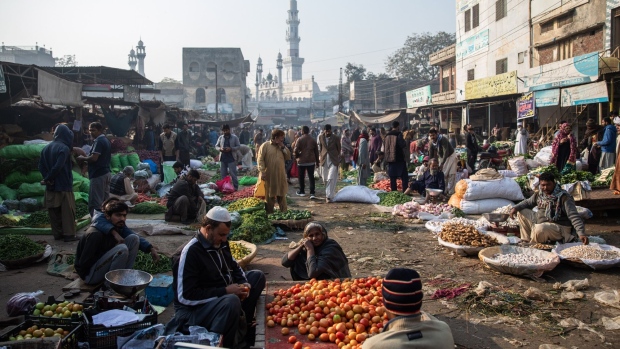 Vendors and visitors at a market in Lahore, Pakistan, on Monday, Dec. 13, 2021. The government wants to spend $7 billion to develop the Ravi riverbank, but opponents say that risks replicating the environmental and societal problems in nearby Lahore. Photographer: Betsy Joles/Bloomberg , Bloomberg

(Bloomberg) -- Pakistan posted a current account deficit of $1.93 billion in December, more than three times the shortfall the year before.

The gap widened from $629 million a year ago, and $1.89 billion in November, according to data from the State Bank of Pakistan.

The current account gap in the six months to December was a result of a significant trade shock amid the ongoing economic recovery, the central bank said in a Twitter post.