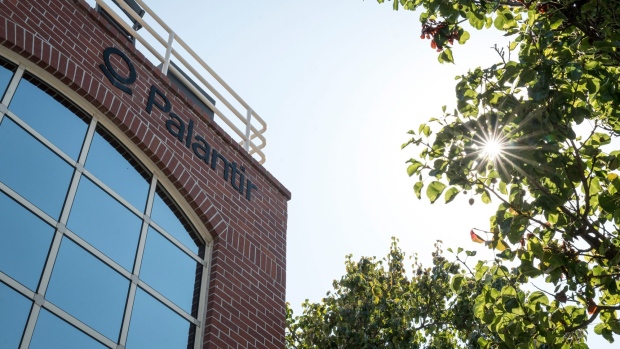 (Bloomberg) -- Palantir Technologies Inc. has reupped and expanded more contracts with the US government that have been controversial within Silicon Valley.

The Defense Department awarded the data analysis software company a broad deal to develop and deliver artificial intelligence and machine learning capabilities for the Special Forces, the Joint Staff and all branches the US armed services. The deal is worth up to $229 million over one year, the company announced Thursday.

Palantir, co-founded by conservative billionaire Peter Thiel, has made support of the US and its allies core to the company’s identity. Thiel has attacked Palantir rival Google for eschewing work with military applications. Palantir’s latest deal is part of a program previously known as Project Maven, which made headlines in 2018 after employees at Alphabet Inc.’s Google objected to developing AI capabilities for the Defense Department. Google ditched the contract and Palantir took the lead, using AI and machine learning to improve existing video recognition software and analysis to increase the accuracy of actions like drone strikes.

Earlier this week, Palantir announced another deal with the US, renewing its contract with Homeland Security Investigations, a division of Immigration and Customs Enforcement, or ICE. The latest contract is worth $95.9 million over a five-year period, the company said. Palantir has received criticism for its work with ICE in the past.

The deals further expand Palantir’s footprint within the US government. The company’s revenue from the public sector eclipses its revenue from its commercial clients.

Palantir relocated its headquarters from Silicon Valley to Denver before going public in 2020, partly as a rebuke of its former home’s culture and strong democratic leanings. Since then, Palantir has made good on its promise to grow its revenue at a rate of more than 30% annually, although the company’s share price struggled even before the recent economic downturn. Palantir’s stock is down almost 70% over the last year.