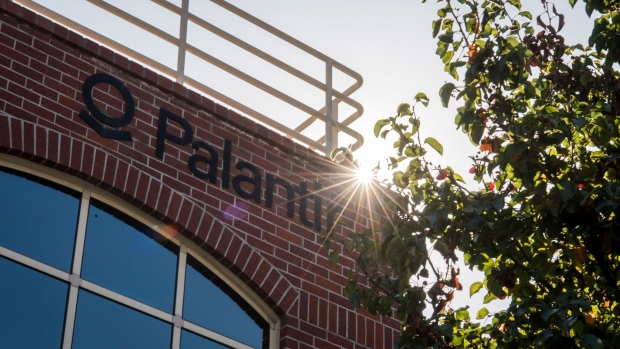 (Bloomberg) -- Palantir Technologies Inc., a data mining company co-founded by Peter Thiel, is changing its employee compensation in a bid to cut costs, ensure all employees can own shares and prepare for an eventual public stock listing, said three people familiar with the matter.

The company, which helps governments and businesses collect and analyze data, will move toward eliminating cash bonuses and instead reward staff with restricted stock units, said the people, who asked not to be identified discussing internal matters. The change was conveyed to staff in an email Friday.

“Palantir has entered a new stage where we need to not only continue focusing on growth but also to ensure that growth is long-term sustainable as we march toward a successful IPO,” Khan Tasinga, a Palantir executive, wrote in the email to employees reported earlier by Business Insider. A spokeswoman for Palantir declined to comment.

The email didn’t offer a timeline for an initial public offering. Thiel, Palantir’s chairman, told staff in September that the company wouldn’t go public in the next two to three years. Alex Karp, the chief executive officer, has told employees more recently that going public remains a goal that each department is working toward, without offering a target date, people familiar with the matter said.

One of the paths to the public markets Palantir is considering has not been previously reported: a direct listing, said one of the people. The process, which makes a company’s shares available to trade on a stock exchange without raising money for the business, is rare but gaining attention after the listings of Spotify Technology SA and Slack Technologies Inc. This year, Airbnb Inc. is expected to directly list its stock, which would make it the most valuable company to do so.

Palantir is known as much for its multimillion-dollar contracts with the Defense Department as for Thiel, its controversial backer. The billionaire started the Palo Alto, California, company with Karp in 2004.

The company has long offered employee bonuses in the form of stock options, which can be expensive to acquire and carry significant tax liabilities. About a year ago, Palantir cut the price of options and increased cash bonuses in moves designed to bolster morale and address the company’s declining share price seen in private transactions.

The move away from cash bonuses and the lack of a clear plan for going public could rankle many employees. But some staff have been lobbying management for the change to restricted stock units and applauded the shift because it gives them a stake in the company’s success, the people familiar with the matter said. All bonuses will be paid entirely in stock units by next year, the people said.

To contact the reporter on this story: Lizette Chapman in San Francisco at lchapman19@bloomberg.net

To contact the editors responsible for this story: Mark Milian at mmilian@bloomberg.net, Anne VanderMey