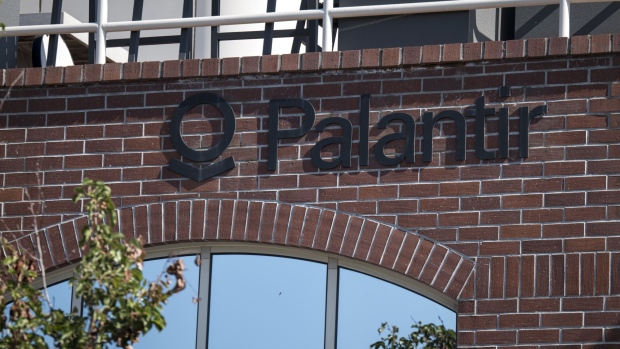 (Bloomberg) -- Palantir Technologies Inc. won a deal with the U.S. Food and Drug Administration to help power drug reviews and inspections, further expanding the company’s government business as it hustles to hit a raised revenue target for 2020.

The three-year deal is worth $44.4 million and will allow the FDA’s Center for Drug Evaluation and Research and the Oncology Center of Excellence to use Palantir software to integrate and analyze data. The software will help the agency approve drugs, including possible Covid-19 treatments, and monitor the safety of items like hand sanitizer. Earlier this year, the FDA warned the public that hand sanitizers containing wood alcohol were toxic.

The FDA contract is one of dozens Palantir has secured with U.S. federal agencies in recent years. Palantir shares were up 12% at 10:40 a.m. in New York.

Government work, which Palantir undertakes globally, now makes up more than half of its total revenue. The company was awarded $21 million in contracts in late April with the U.S. Health and Human Services Department as part of the country’s data collection and analysis platform, HHS Protect. Since the pandemic began this year, Palantir has secured more than 100 deals with private companies and health and government groups. More recently, Palantir announced its software will help power the distribution of Covid-19 vaccines to 300 million Americans through Operation Warp Speed.

The Denver-based company has seen its stock surge over the last month, with share prices more than tripling since it went public in September. Even as it reported a widening loss for the quarter that ended in September, it raised its revenue growth forecast for 2020 to 44% totaling $1.07 billion. It also increased its 2020 forecast for an adjusted operating profit to $130 million to $136 million.Palantir co-founder Peter Thiel supported Donald Trump’s bid for the presidency in 2016, and the company’s work with the U.S. surged during Trump’s tenure. A lengthy legal tussle, which ended in 2016 with Palantir and other commercially available software being given preference over one-off solutions, cleared the way for Palantir and others to win government deals. The company reported revenue from governments grew 68% to $163 million during the third quarter, thanks mainly to deals in the U.S.

(Updates with shares in the third paragraph.)