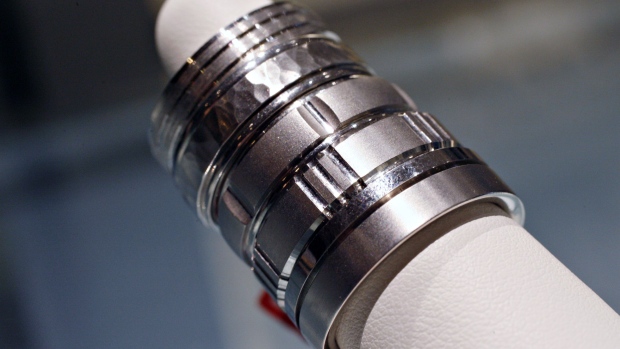 Palladium wedding bands are displayed for a photograph in a Fortunoff store in New York, May 21, 2007. Bloomberg/Daniel Acker

Palladium surged to a record, topping US$1,800 as stricter air-quality rules boost demand for the metal used in vehicle pollution-control devices.

While car sales have been sluggish, tighter environmental laws in Europe and China are boosting consumption, according to Australia & New Zealand Banking Group Ltd. Production is likely to continue to trail use through 2020 amid increasing demand, Bloomberg Intelligence analyst Eily Ong said in an Oct. 17 note. Speculation that the U.S. and China are moving closer to a trade deal also helped lift prices on Monday.

“That tightness in the palladium market continues to be the main driver,” Ryan McKay, a commodities strategist at TD Securities, said by phone from Toronto. “You also have the better sentiment in the industrial metals complex. That also helps palladium.”

Production of platinum-group metals in South Africa shrank the most in 18 months in August, while growth in Russia stalled last month, government data show. Power outages in South Africa have helped cloud the supply outlook for palladium.

There’s been concern that palladium’s hefty price could prompt automakers to find lower-cost materials for their pollution-control equipment. So far there isn’t any sign of that happening. Platinum, a cheaper sister metal used largely in diesel vehicles, is often mentioned as a possible alternative, but research has shown that technological advances are needed before it can match the performance of palladium-based catalytic converters, according to Johnson Matthey, which makes the devices. 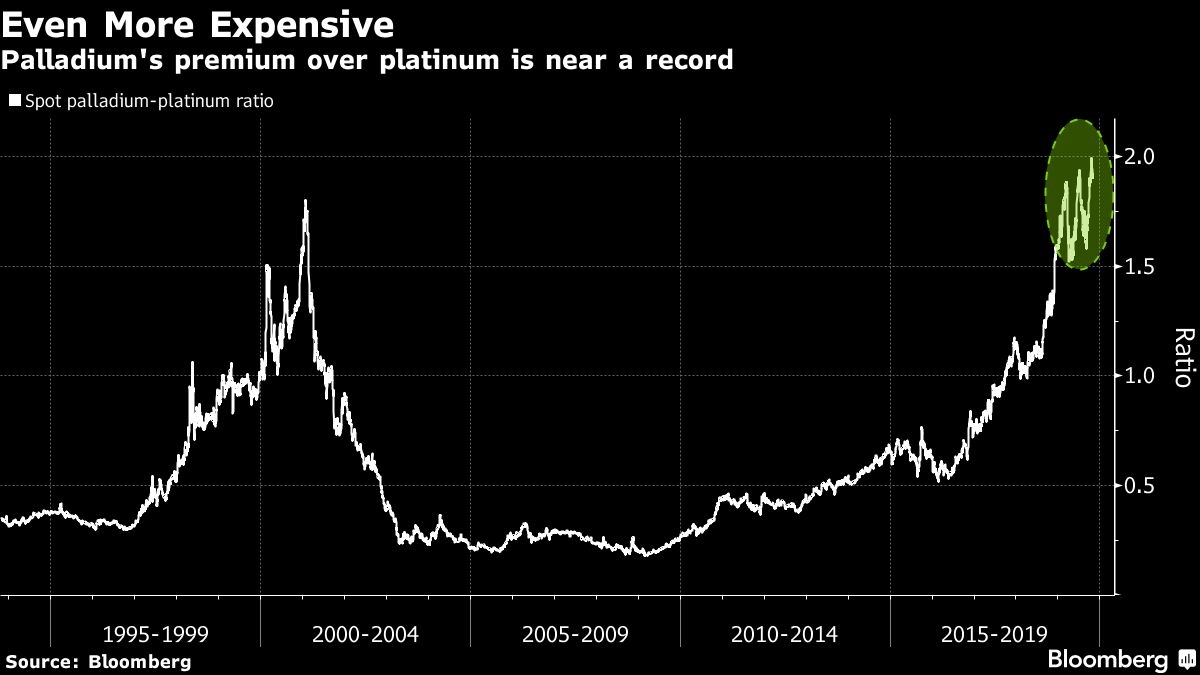 Gold fell on Monday as optimism on trade-deal prospects helped push U.S. equities to record highs, curbing demand for the metal as a haven. Silver and platinum were also lower.

--With assistance from Nicholas Larkin.