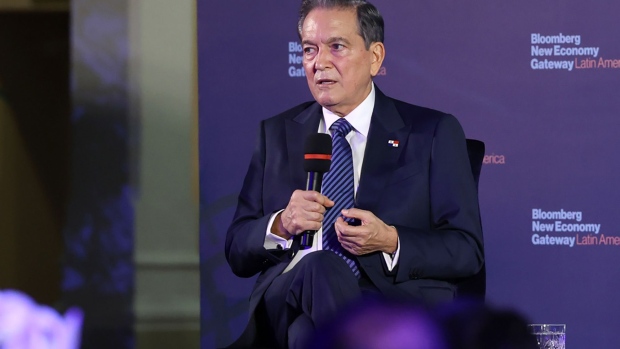 (Bloomberg) -- Panama President Laurentino Cortizo said he intends to immediately restart negotiations with China over a free trade agreement, after conversations were put on hold during the pandemic.

“At this moment, we are planning to again begin negotiations with China for a trade agreement -- now,” Cortizo said during an interview at Bloomberg’s New Economy Gateway Latin America in Panama City. He didn’t provide further specifics on the timing of the negotiations.

Cortizo, who took office in 2019, said he will seek bigger concessions than previous Panamanian administrations attempted to get from Asia’s largest economy.

Cortizo is promoting Panama’s recovery from the pandemic. The economy posted 15% growth last year, one of biggest leaps in Latin America. It also returned to international capital markets earlier this year, issuing $2.5 billion of dollar bonds.

Meanwhile, inflation remains below 3%, much lower than most regional peers, as the dollar-denominated economy is shielded from currency losses seen across much of Latin America.

Despite Panama’s attempts to strengthen ties with China, Cortizo made clear that his country’s top ally remains the US.