The pandemic has had a tremendous impact on our business: Chartwell Retirement Residences' CEO

Many workers who were hurt by the pandemic are saying they’ll now retire later than planned.

Nearly two in five workers were furloughed or laid off — or had their pay cut or hours reduced — since February 2020, according to the latest annual survey about retirement confidence by the Employee Benefits Research Institute and Greenwald Research. Of those, about a quarter say they now think they won’t be able to retire until later than planned, according to the survey released Thursday.

Even workers who hadn’t had a pay cut are revisiting the decision, with 22 per cent tweaking the date, most aiming for a later exit.

The figures give a glimpse of the long-term impact of the pandemic on people’s working lives, even as the U.S. economy stages a comeback. There are still 8 million fewer jobs than in February 2020, and the unemployment rate of 6 per cent is still nearly twice as high as before the pandemic.

The survey, now in its 31st year, has consistently found that life often doesn’t cooperate with our plans. The median age at which workers want to retire is 65. The median retirement age reported by retirees, however, is 62.

Want to keep working into your 70s? You probably won’t keep it up, data show. Twenty-six percent of the 1,507 workers surveyed said that was their plan — but among the 1,510 retirees surveyed just 6 per cent worked into their 70s or beyond.

More than a third of respondents who said they’d retired earlier than planned said a hardship like a health problem or disability was the reason. A recent survey by the Census Bureau found that more than 3.1 million Americans age 55 or older have plans to apply for Social Security benefits earlier than planned because of the pandemic.

Others said they retired earlier because they could afford to.

“With this survey, one thing I’m often struck by — and maybe more so this year — is the concept of resilience, particularly among retirees,” said Lisa Greenwald, chief executive officer of Greenwald Research and co-author of the report. “There’s been talk for decades about a retirement crisis, yet retirees are saying they’re okay, that their lifestyle is better than expected, that their expenses are as expected.”

But while retirees are confident, they are reluctant to spend down assets. When the survey asked retirees what the priorities were for that savings beyond necessities, about a third said they were holding money in reserve for medical and long-term care costs. “That is the big unknown,” said Greenwald. “It’s also a little contradictory to their tremendous confidence in Medicare, which has reached an all-time high.” 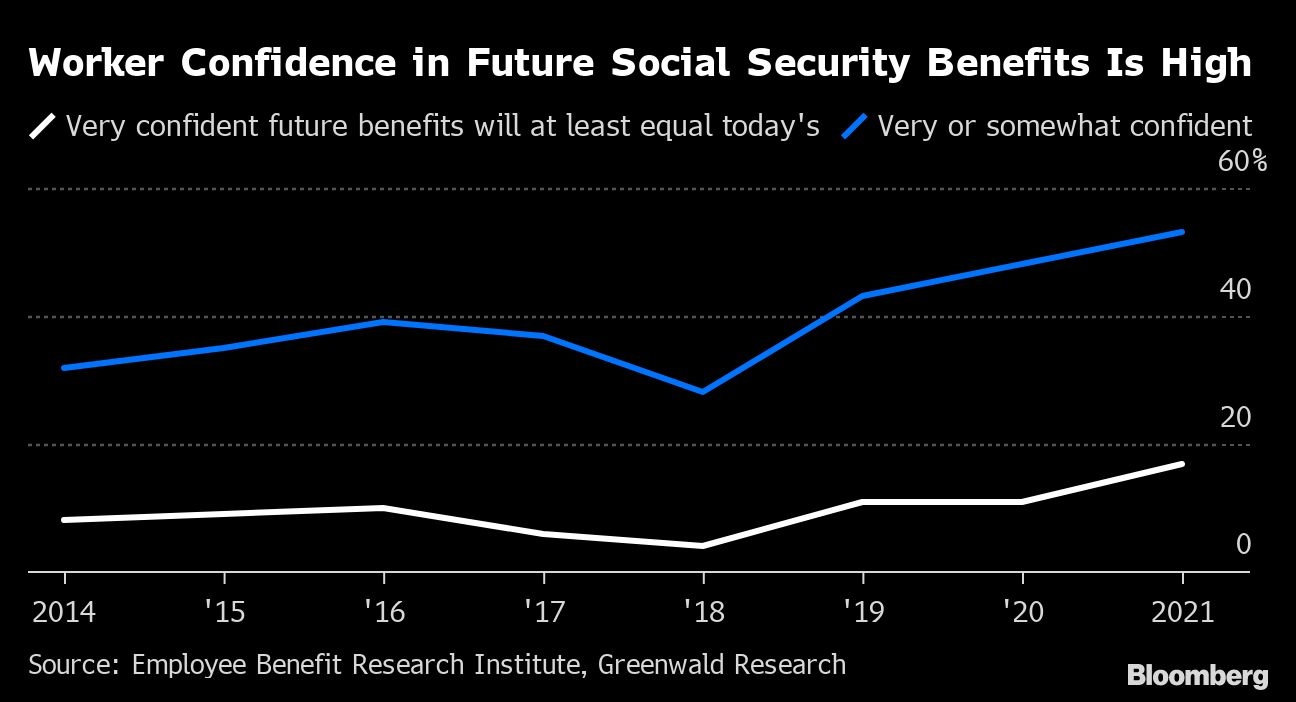