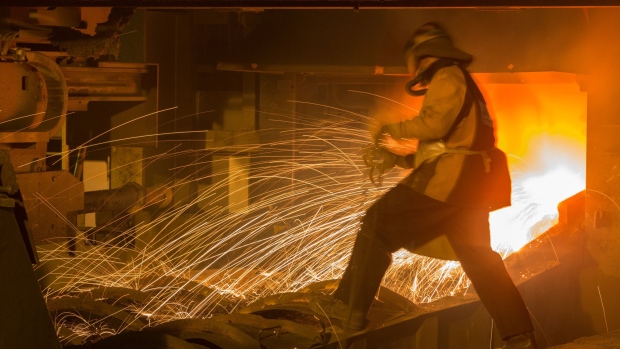 A worker supervises the flow of hot liquid metal as it flows from a furnace during the smelting process at the Nadezhda metallurgical plant, operated by MMC Norilsk Nickel PJSC, in Norilsk, Russia, on Thursday, Oct. 19, 2017. Norilsk Nickel, which mines the rich deposits of nickel, copper and palladium near Norilsk, has spent 2.5 billion rubles ($40 million) to lay fiber-optic cabling in the Siberian tundra. Photographer: Andrey Rudakov/Bloomberg , Bloomberg

As the coronavirus pandemic pummeled demand from key customers in the auto industry, Russia’s biggest mining company quietly tightened its grip on the palladium market.

MMC Norilsk Nickel PJSC was already the No. 1 miner of the metal used in autocatalysts, but the crisis has allowed it to gain market share. That’s because Nornickel’s Russian operations have barely missed a beat, while its main rivals in South Africa are struggling to ramp up production after shuttering mines during a national virus lockdown.

“Norilsk Nickel has always been considered as the last company to die,” said Artem Bagdasaryan, an analyst at BCS Global Markets. “The pandemic only highlights it.”

Nornickel, whose shallower operations make it the industry’s lowest-cost producer, has so far maintained its 2020 palladium output guidance, a spokeswoman said. The miner on April 30 reiterated its 2.6 million to 2.8 million ounces guidance, which was originally issued in January, before the pandemic was declared.

By contrast, top South African miners, such as Anglo American Platinum Ltd. and Impala Platinum Holdings Ltd., have cut their production targets, while Sibanye Stillwater Ltd. has suspended its forecasts. Some high-cost miners in South Africa, where palladium is produced as a byproduct of platinum mining, are losing money, according to Citigroup Inc. 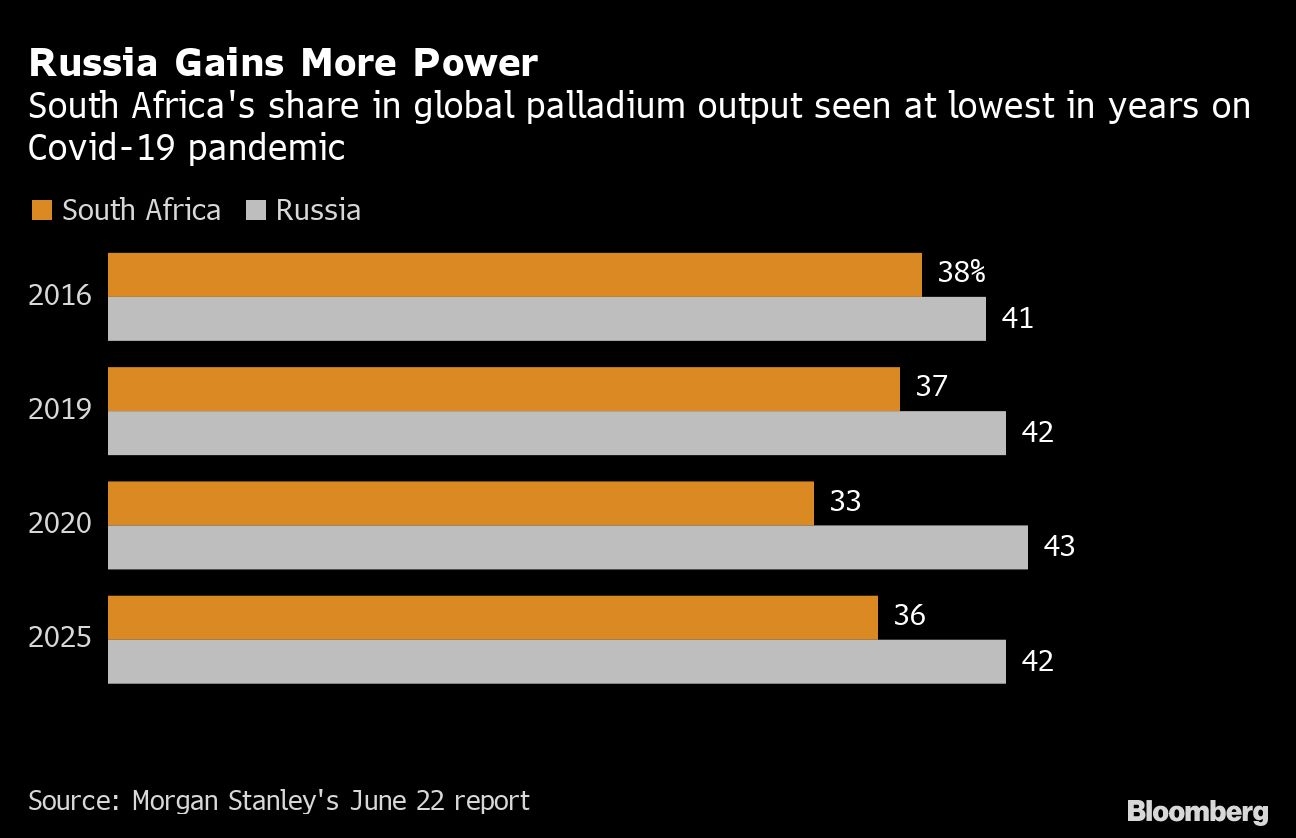 Nornickel expects global palladium output to drop by 1.3 million ounces this year to about 6.3 million ounces. Still, the market will swing from a large deficit to a balanced position as auto demand slumps, the Russian company said.

Shortfalls will start to emerge again in early 2021, according to Nornickel. With South African miners scaling back on new projects, it may take six to seven years for the nation’s palladium output to recover, according to Rene Hochreiter, analyst at Noah Capital Markets Ltd.

Nornickel has maintained capital spending, even as the company offers to pay about US$150 million for the clean-up of a massive fuel spill in Siberia at the end of May. That will leave the Russian company better positioned for a rebound in palladium demand.

“To have larger market share is always a good thing,” Boris Krasnojenov, chief of research as Alfa Bank, said by phone. “It is hard yet to say if Norilsk Nickel will be able to get any material benefit as a lot depends on how the pandemic will develop.”